$60,000 in rewards for info after Camden detectives shot 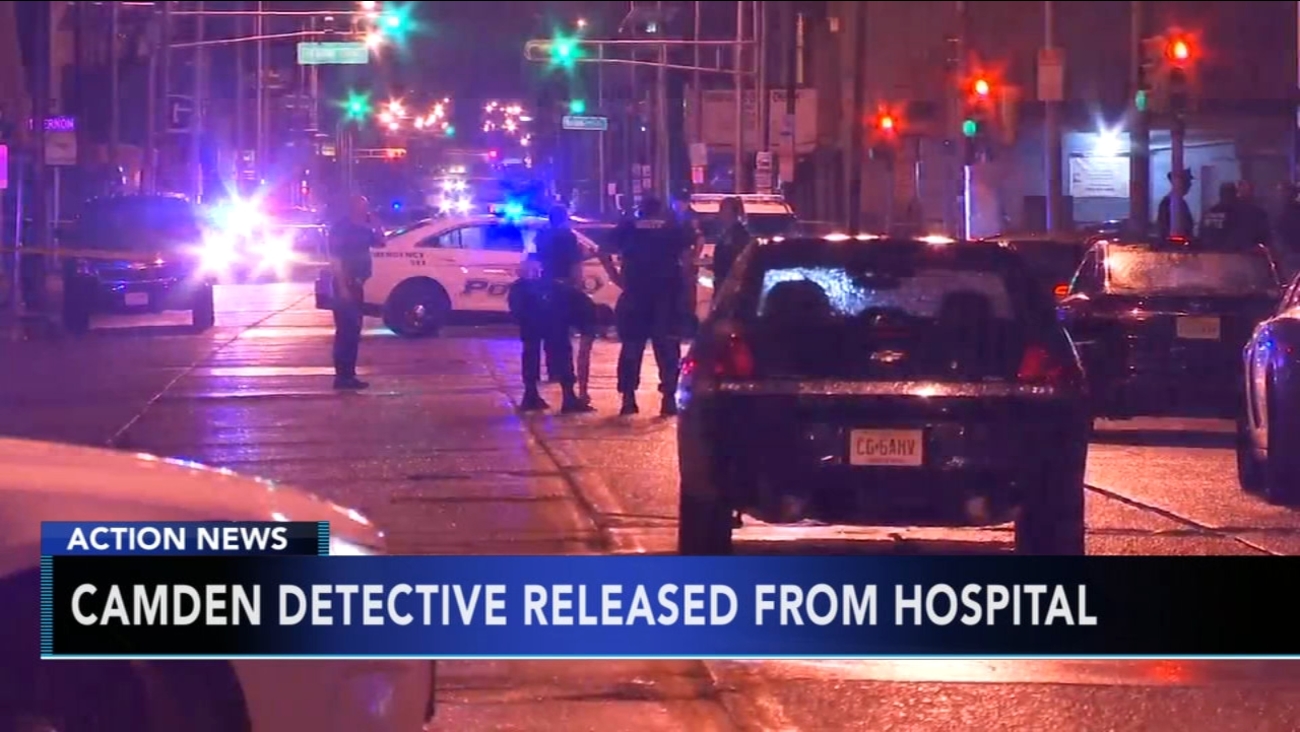 Rewards totaling $50,000 are now being offered as the search for suspects continues as reported during Action News at 10pm on August 9, 2018.

CAMDEN, N.J. (WPVI) -- Rewards totaling $60,000 are now being offered as the search for suspects continues in the shooting of two Camden police detectives.

Police are seeking two men who fled the scene in a white van.

The two plainclothes Camden County detectives were sitting in their vehicle at a red light in Camden when they were shot Tuesday night.
Authorities say at least one gunman fired anywhere between 10 and 25 rounds at the pair.

One of the detectives was able to return fire, but it's not clear if anyone else was shot.