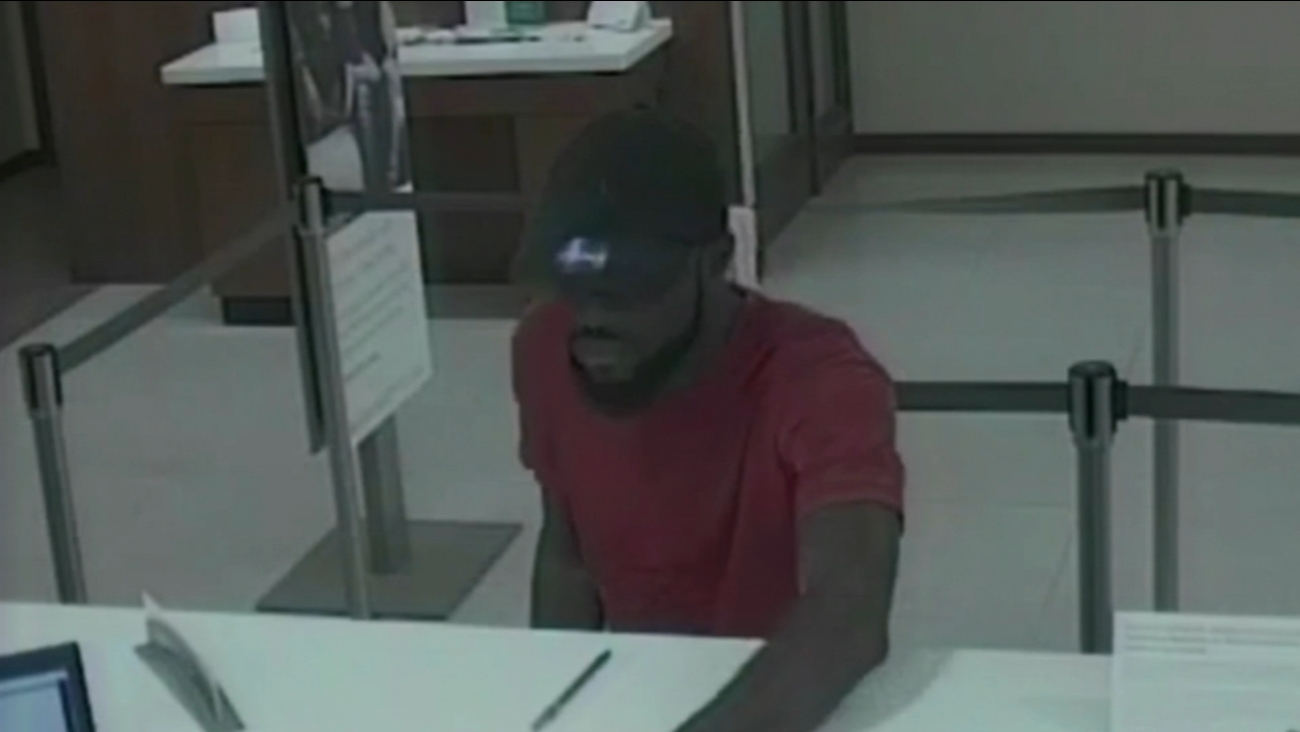 Search for possible serial robber in Bensalem. Rick Williams reports during Action News at Noon on May 17, 2019.

The robbery happened at the Wells Fargo Bank branch on Horizon Boulevard at 3:50 p.m. Thursday.

According to police, the man walked up to the teller, demanded $10,000 and started counting down like he had an explosive in his hand.

Police have released surveillance pictures and a video of the suspect.

The suspect was seen leaving the bank in a black Hyundai Veloster with a paper temporary tag on the driver's side of the rear window.

Anyone who sees the car on the road should dial 9-1-1, and if you have any information on the suspect or location of the car call Bensalem police at 215-633-3719.

Police previously stated that the man was thought to be involved with a number of other bank robberies in the area. However, they now say that does not appear to be the case.
Report a correction or typo
Related topics:
bensalem townshippa. newsrobberybank robbery
Copyright © 2021 WPVI-TV. All Rights Reserved.
More Videos
From CNN Newsource affiliates
TOP STORIES