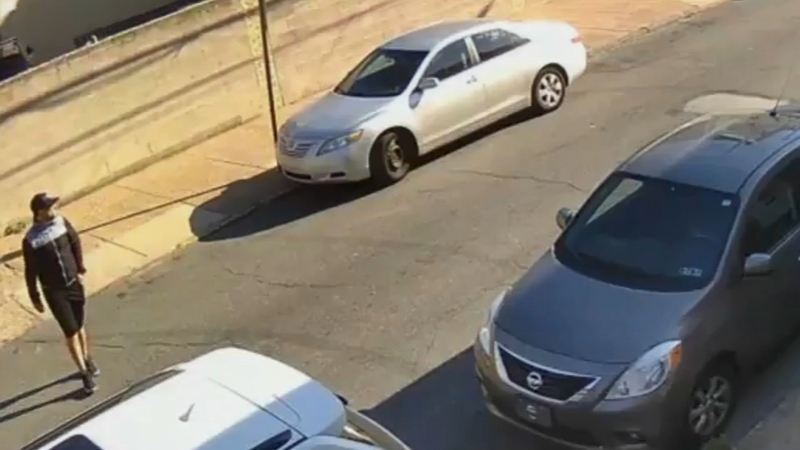 PORT RICHMOND (WPVI) -- Philadelphia police are looking for a man who is accused of mugging two women within five minutes in Port Richmond last month.

They have released surveillance video from the second robbery, that occurred back on the morning of June 30.

In the video, you can see the thief following the 88-year-old as she walked with a cane down the 3200 block of Edgemont Street.

Seconds later he snatched the woman's wrist wallet and sprinted away.

Police say the same man threw a 53-year-old woman to the ground and stole her purse along the 3600 block of Belgrade Street just five minutes earlier.