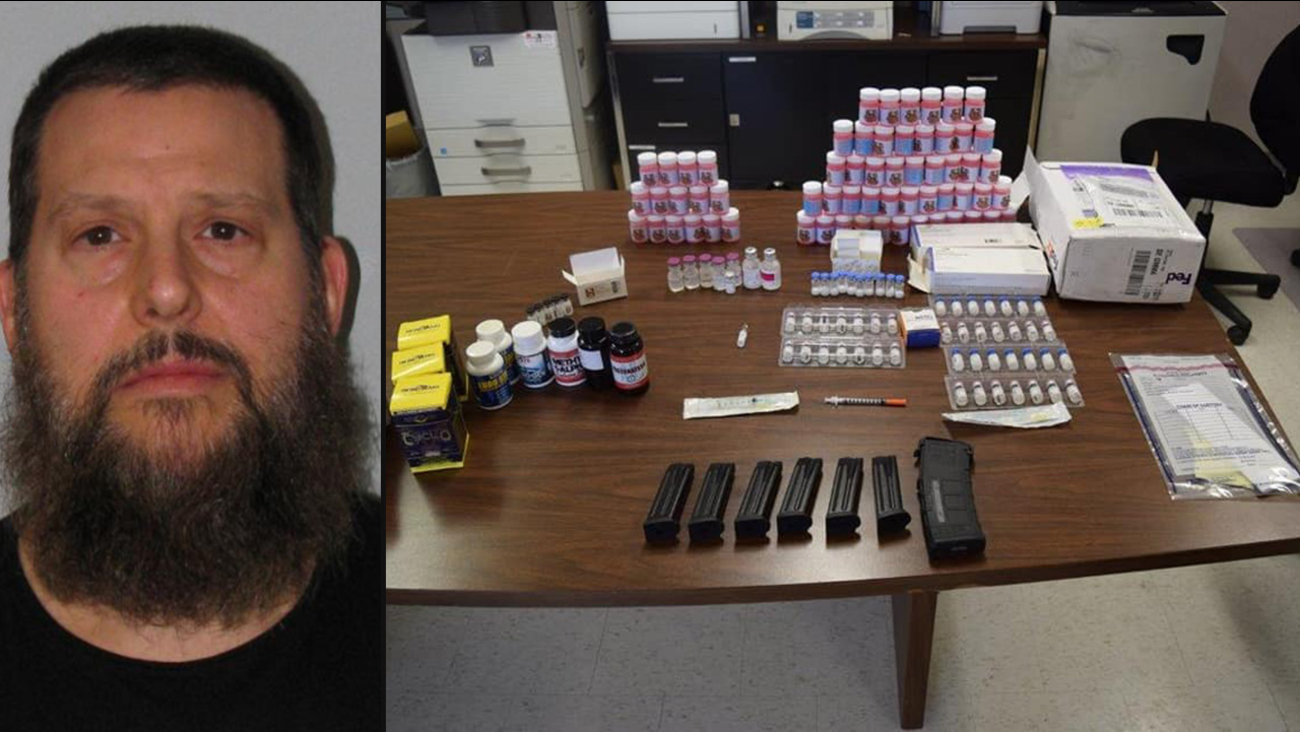 FAIRFIELD, N.J. -- A man is facing drug charges after police in New Jersey found "catnip cocktail" and other drugs in a strip mall nutrition store.

Fairfield police executed a search warrant Thursday at the Nutrition Zone, located at 397 Route 46 West. Chief Anthony Manna said they were looking for catnip cocktail, a solution that is commonly used to sedate felines but when ingested by humans has effects similar to Gamma-Hydroxybutyric Acid, commonly known as GHB, or the date rape drug.

While not listed as a federal scheduled controlled dangerous substance by the Drug Enforcement Administration, the solution is a scheduled drug in the state of New Jersey.

"For it to be sold out of a store is pretty bold," Fairfield Detective Lieutenant Chuck Zampino said.

Authorities say the improper use of catnip cocktail first came to their attention in July 2018, when officers were called to investigate an individual who was dancing, yelling and generally acting abnormally in front of a hair salon in the same strip mall where the Nutrition Zone is located.

When officers arrived, they described the man as having a variety of mood swings, including being very friendly one moment, then being confused an angry the next. Six bottles of catnip cocktail were reportedly found in his possession, along with a receipt indicating they were purchased at the Nutrition Zone.

Lucia Botti who works at the salon, The Cutting Edge, says she remembers two guys acting bizarre in the parking lot that day.

"Dancing, just totally strange," Botti said. "So we locked the door, and they came toward the door and tried to pull it open. That is when we called police."

Botti and her coworkers said they had no idea the incident was possibly connected to Sirico and Nutrition Zone until his arrest this week.

"There were rumors that stuff was going on but we didn't believe it because they never did anything," Botti said. "We're surprised. He was such a nice guy."

Then, on November 1, authorities say a citizen caller alerted police to an erratic driver traveling west on Route 46. When officers stopped the vehicle, they say the driver was acting irrationally, was extremely confused, and was unaware of his surroundings. Several bottles of catnip cocktail were reportedly found in the vehicle, and the suspect was eventually charged with driving under the influence and had to be hospitalized.

Officials say the most recent incident took place on February 26, 2019, when officers were called outside of Retro Fitness, located on Route 46 East, for an unresponsive male. The officers deployed Narcan, and the individual came around and was sent to the hospital. A bottle of catnip cocktail was reportedly found in his possession.

Authorities alleged that Sirico was well aware that he should not be selling catnip cocktail, based upon the fact that it was hidden from customers' view and that there was no advertisement that would make customers aware that the business even sold the product.

"It seems quite suspicious to me that an individual looking for something to sedate a cat with would come to a Nutrition Zone and not a veterinarian to purchase a product that wasn't even advertised or on display for the public to see," Manna said. "This is a very dangerous product, and it appears its improper use is on the rise."