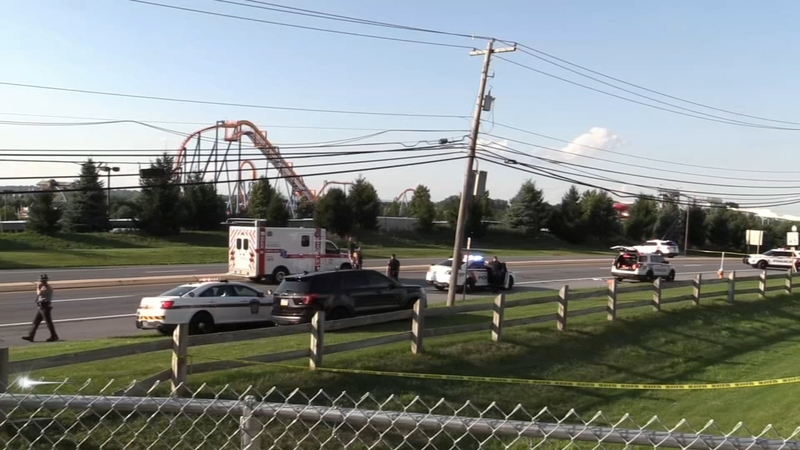 ALLENTOWN, Pa. (WPVI) -- A Lehigh County community gathered Sunday to remember a man who was shot and killed by a South Whitehall Township police officer and pray for peace.

At the same time, others gathered in support of that same officer, who is now facing voluntary manslaughter charges in the case.

The service for Joseph Santos took place at 2 p.m. Sunday at the Resurrected Life Church in Allentown.

Pictures were placed below the altar of the church as friends and family members shared memories, memories they said will serve as fuel for the legal battle they plan to fight.

Figueroa said the last few weeks have been difficult, but support from the community has lifted her up.

"These were strangers to us but now they are family," she said.

District Attorney Jim Martin said the incident began when a woman pulled up to the 33-year-old officer, who was on traffic duty, saying a man tried to get into her car.

Ofc. Roselle drove to where the man was, at which point Santos jumped on the marked police vehicle and started banging on the passenger's side. Roselle ordered him to get off and away from the vehicle.

A police officer has been charged with voluntary manslaughter as reported by Dann Cuellar during Action News at 10 on August 7, 2018.

Roselle called for backup, then Santos began to walk away. Martin said Santos then turned around and began to approach Roselle, who was now outside of his vehicle.

Roselle told Santos to get on the ground, Martin said, but Santos continued to approach, and Roselle fired five times. Santos was rushed to the hospital but was pronounced dead.

On Sunday, dozens of people rallied for Officer Rosselle close to where the incident occurred.

"This officer had no idea what this gentleman was going to do to him. These officers make split-second decisions," said Margaret Stansfield.

Some also think the voluntary manslaughter charges brought against Roselle will prevent other officers from doing their jobs correctly.

"They're going to be more afraid to do their job correctly because they'll get charges on them," said Corey Fatzinger.

Officer Roselle is scheduled to appear in court for a preliminary hearing on the charges September 20.