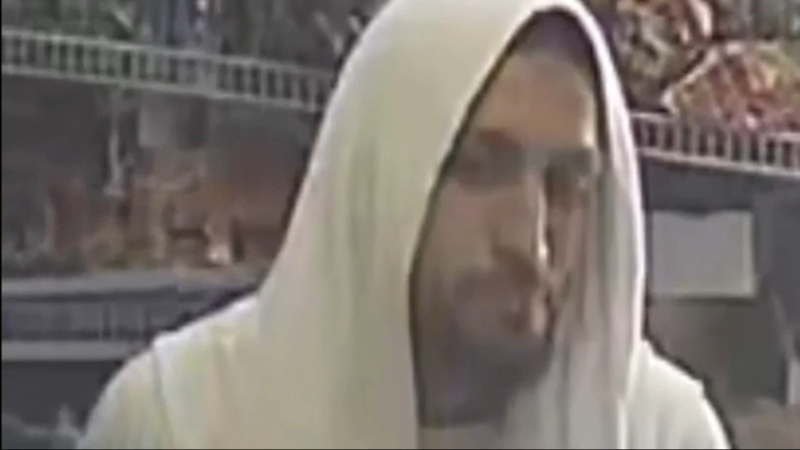 PHILADELPHIA (WPVI) -- Philadelphia police say a man pointed a gun at a 9-year-old boy while robbing a market in the city's Spring Garden section.

The robbery happened last Wednesday at the Trebol Market on the 1100 block of Spring Garden Street.

The boy's father says he usually mans the register. Earlier that day, he saw a man in the shop that he now believes is the suspect.

"He saw me, he never do nothing. He buys a soda and leaves," said the shop owner.

That afternoon, the shop owner's wife took over. She had to go to the kitchen, so their son watched the counter for a moment.

That's when police say the suspect took advantage of the kid, pointing a gun at him and forcing him to clean out the register.

The suspect took $800 dollars from the cash register and took off, police say.

"We don't ever want anyone robbed or a gun pointed at them. But, if there ever was a time to maybe re-think when you see a 9-year-old or young child behind the counter. That would be the time to say, 'This is not the thing I want to do,'" says Capt. Sekou Kinebrew of the Philadelphia Police Department.

Frequent customers are especially dismayed to hear the young child was subject to a gunpoint robbery.

"They're a hard-working family and they mind their own business," says Jamal Johnson, who lives nearby. "That's just terrible."

Investigators say the suspect has distinctive tattoos on his arm.