Woman pushed from truck, run over in Kensington, police say 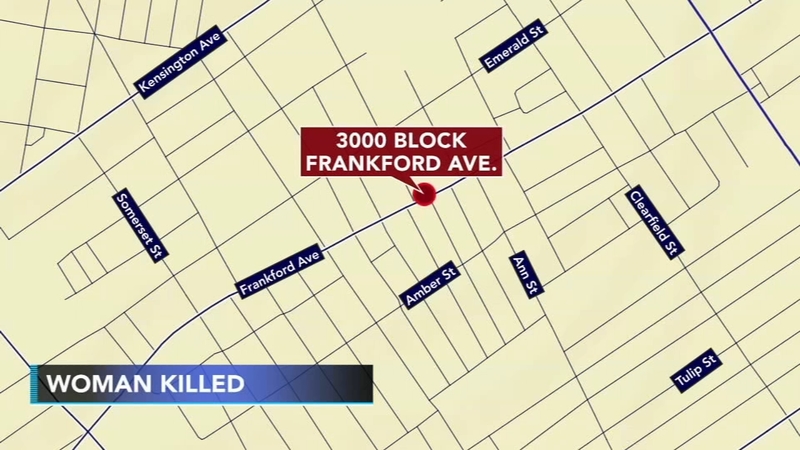 Woman killed after being thrown from truck, hit by car

KENSINGTON (WPVI) -- A woman was killed after police said she was pushed out of a moving pickup truck and then run over by another vehicle in the Kensington section of Philadelphia.

Authorities are searching for both vehicles and the drivers.

Police said the woman, who is approximately 30 years of age, was a passenger in a silver Ford F-150 that was driving on the 3000 block of Frankford Avenue around 1:50 a.m. Sunday.

During that ride, police said someone pushed her out the door. She grabbed the door, but fell off.

A black Dodge Challenger driving behind the F-150 then hit the woman.

Police said the silver F-150 has ladder racks, a missing tailgate, and a sticker on the rear window.

They're looking for surveillance video of the crime.

Neighbors reacted to hearing the news of the crime Sunday.

"It's beyond senseless. Why would you throw somebody out of a truck, then both of them leave?" said Jorg Schmidt. "It's insanity. It's disgusting."

Police: Woman pushed from truck, run over by vehicle. Nydia Han reports during Action News at Noon on December 10, 2017.