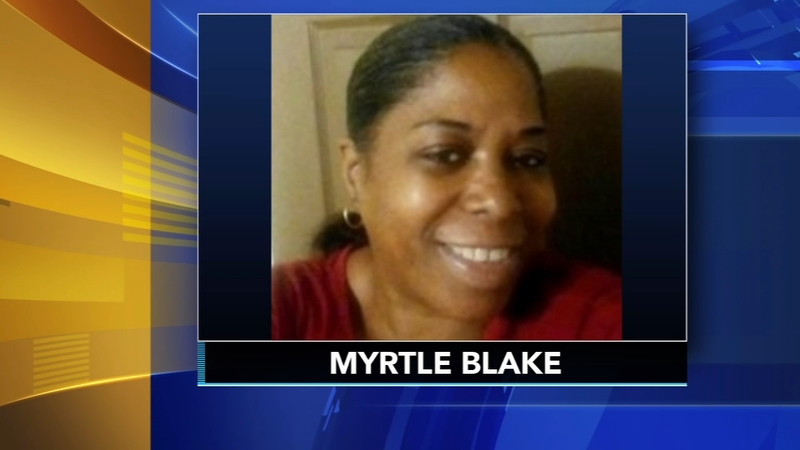 SOUTHWEST PHILADELPHIA (WPVI) -- Philadelphia police are searching for the suspect who shot a woman when she tried to intervene in a dispute between two siblings.

They say the victim was sitting on her front porch when she noticed a dispute happening between two young-adult neighbors who are brother and sister.

When the woman approached the siblings, police say the sister's boyfriend shot her.

"At some point, we believe the boyfriend of the sister pulls a gun and fires," said Philadelphia Police Lt. John Walker. "We're not sure who he was shooting at."

The victim, identified as 51-year-old Myrtle Blake, was hit in the right leg and the neck.

"Myrtle's called a peacemaker," said her mother, Bonnie Blake. "She does that with anyone. If she sees people not getting along she tries to make them at peace with one another."

She was taken to Penn Presbyterian Medical Center in critical condition. Her condition has been upgraded to stable.

Her sister, Waltrina Blake, visited with Myrtle in the hospital after she came out of surgery. She gave an account of what Myrtle told her had happened.

"He aimed it at the pavement, it ricocheted off of the ground and hit her in the neck and thigh," she said.

Police say they have the name of the suspect, but no arrests have been made at this time.