"Made in USA": New Jersey factory manufacturing campaign hats since 1992 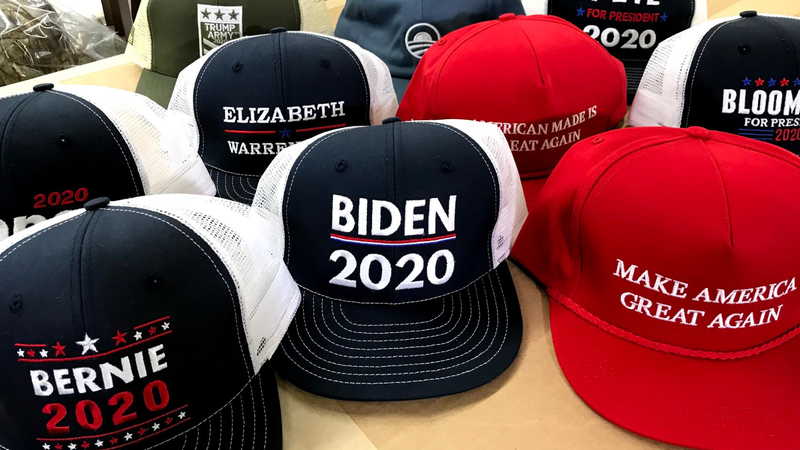 Factory has been manufacturing campaign hats since 1992

NEWARK, New Jersey -- Despite the political differences between Republicans and Democrats, both parties have turned to Unionwear in Newark, New Jersey to manufacture their campaign hats during election season, since 1992.

"We've worked with virtually every campaign since we started the business. One of our first orders was for the Bill Clinton campaign in 1992," said Mitch Cahn, president of Unionwear.

For the 2020 campaign season, Unionwear has manufactured hats for most of the Democratic candidates as well as various groups supporting President Donald Trump.

During presidential campaign years, many businesses turn to American manufacturers to produce their promotional goods, Cahn said, ensuring their products are "Made in USA."

"We have all sorts of businesses who order promotional products for their business thinking "This is made in China, maybe I should get this made in the USA, I don't want us to look bad," said Cahn.

For Cahn, whose company has also manufactured products for entities like the U.S. Coast Guard and the U.S. Census, manufacturing "Made in USA" items with the highest standards of production is an obligation that has set Unionwear apart from the rest.

"When consumers buy products "Made in USA" they know that the workers who produce those products are supported by the same labor laws and environmental laws that the consumer benefits from," said Cahn.