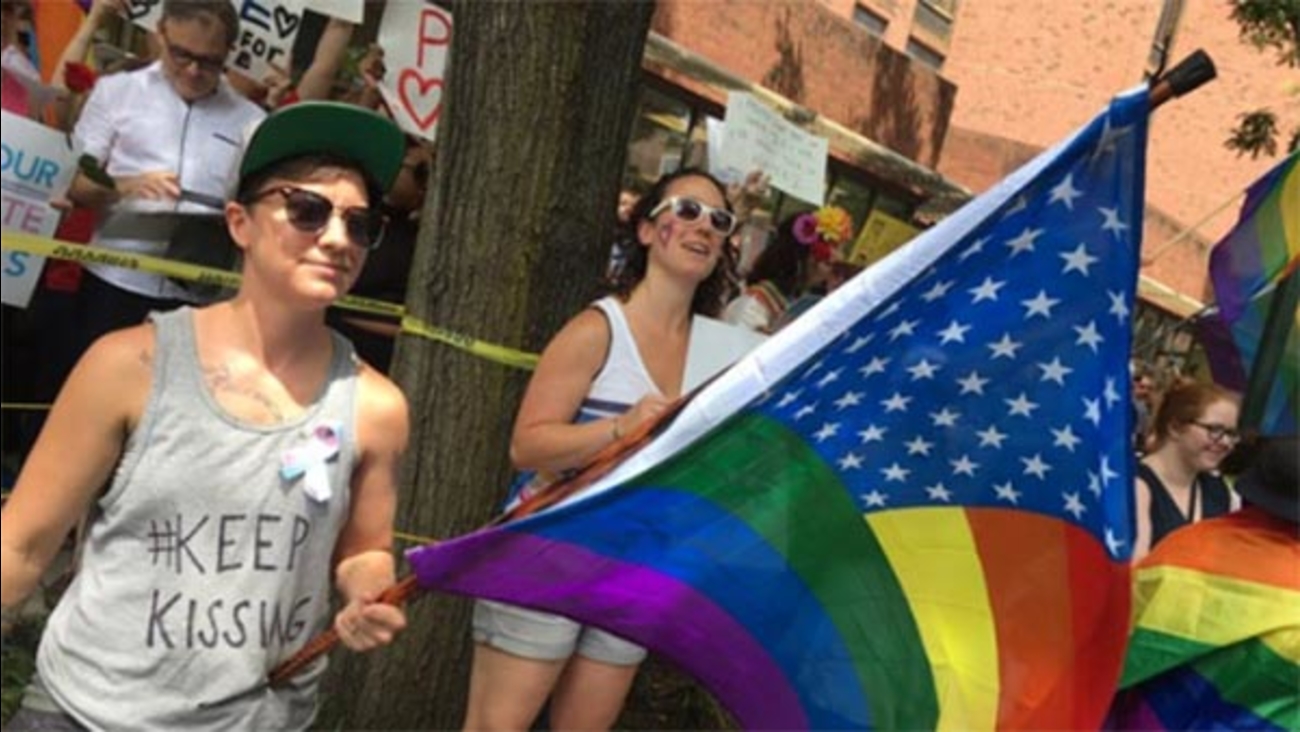 CENTER CITY (WPVI) -- Hundreds of activists have gathered to drown out a small group of anti-gay protesters at a Philadelphia clinic that offers HIV testing.

The counter-protest outside the Mazzoni Center at 8th and Locust in Center City drew people with signs mocking those typically brandished by Westboro Baptist Church members.

An estimated 300 LGBT supporters sing "Hey Jude" outside the Mazzoni Center at 8th and Locust pic.twitter.com/mVKlp0o3vp

A brass band played in the streets outside the Mazzoni Center for LGBT health as people crowded around the sidewalks outside in Philadelphia's gay neighborhood known as the Gayborhood.

LGBT supporters at 9th and Locust in a counter protest of the Westboro Baptist Church pic.twitter.com/kZSvaLNYwc

The four Westboro protesters left after about 45 minutes with counter-protesters following after them.