AP
By CATHERINE LUCEY Associated Press
WASHINGTON -- Anthony Scaramucci is out as White House communications director after just 11 days on the job - and just hours after former Gen. John Kelly took over as President Donald Trump's new chief of staff.

Hoping to turn the page on a tumultuous opening chapter to his presidency, Trump had insisted earlier Monday that there was "no chaos" in his White House as he swore in the retired Marine general as his second chief of staff.

Not long after, Scaramucci, who shocked many with his profane outburst last week against then-chief of staff Reince Priebus, was gone.

In the words of the White House announcement, he was leaving because he "felt it was best to give Chief of Staff John Kelly a clean slate and the ability to build his own team." The three-sentence release concluded, "We wish him all the best."

The statement about Scaramucci's departure used the same "clean slate" language that departing press secretary Sean Spicer used to describe his reason for resigning on July 21 - the day Trump brought Scaramucci aboard.

Spicer was at the White House on Monday, saying he was assisting with the communications transitions.

As the Scaramucci news spread, Kelly was in the East Room smiling and taking pictures with guests who were gathering for a Medal of Honor presentation. 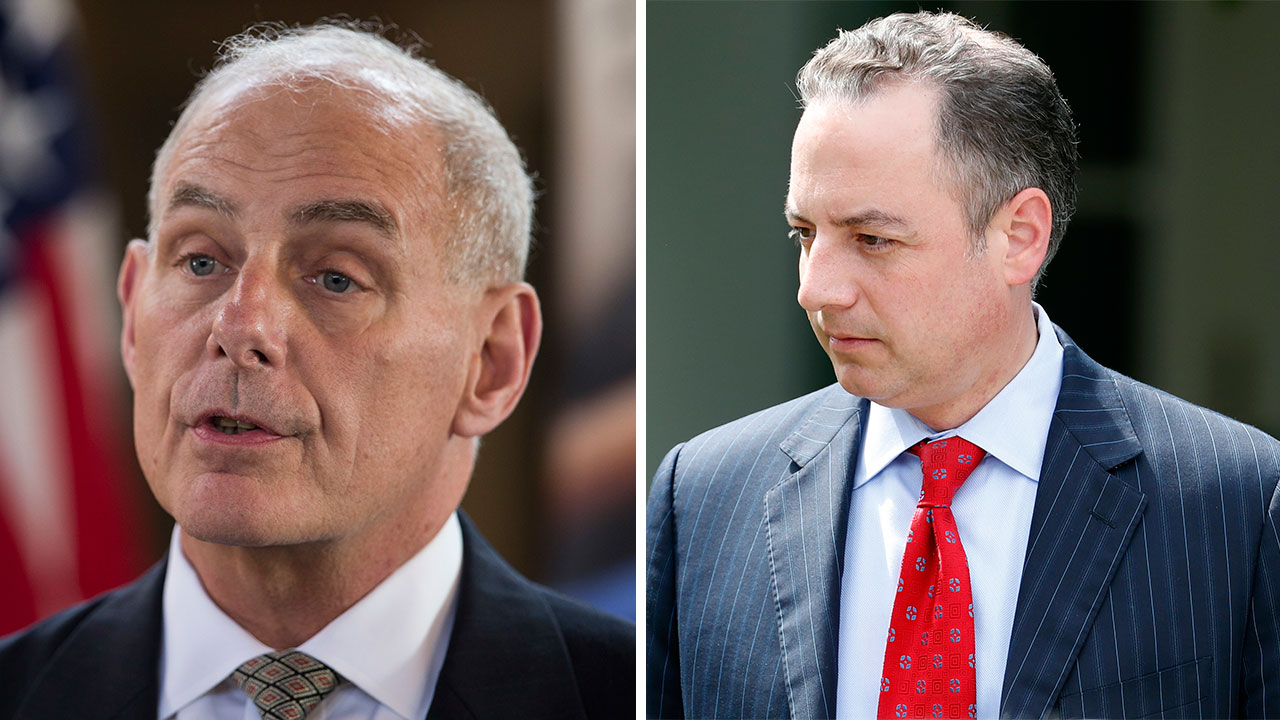 White House spokeswoman Sarah Huckabee Sanders said Trump felt that Scaramucci's profanity-laced comments against Priebus "were inappropriate for a person in that position" of White House communications director. The president had not publicly expressed disapproval of those comments in the days after they became public.

Sanders added that Kelly has "the full authority to operate within the White House and that all staff will report to him," a change from Priebus' tenure.

Earlier, in an Oval Office ceremony, Trump predicted Kelly, who previously served as Homeland Security chief, would do a "spectacular job." And the president chose to highlight the rising stock market and positive jobs outlook rather than talk about how things might need to change in his White House under Kelly.

Trump on Friday ousted Priebus as chief of staff and turned to Kelly, who he hopes will bring military discipline to an administration weighed down by a stalled legislative agenda, infighting among West Wing aides and a stack of investigations.

Scaramucci's brief tenure shoved internal White House disputes into the open. In media interviews, he trashed Priebus as a "leaker" and senior White House aide Steve Bannon as a self-promoter. One of Scaramucci's first - and it turns out only - acts was to force out a communications aide seen as loyal to Priebus.

Spicer, Priebus and Bannon had all objected to Trump's decision to hire Scaramucci, who would have reported directly to the president.

While Trump is looking for a reset, he pushed back against criticism of his administration with this tweet: "Highest Stock Market EVER, best economic numbers in years, unemployment lowest in 17 years, wages raising, border secure, S.C.: No WH chaos!"

In fact, economic growth averaged 2 percent in the first half of this year, a pace Trump railed against as a candidate and promised to lift to 3 percent. The stock market first hit a record under President Barack Obama and has kept growing. The unemployment rate, too, started to decline on Obama's watch. And wage gains have been weak.

Trump on Monday convened his first Cabinet meeting with Kelly at his side, telling his team it is "doing incredibly well" and "starting from a really good base." On how he would deal with rising tensions with North Korea, Trump said only: "It will be handled."

Seated across from Trump was Attorney General Jeff Sessions, who has stayed on the job while Trump has publicly savaged him in interviews and on social media.

Kelly's success in a chaotic White House will depend on how much authority he is granted and whether Trump's dueling aides will put aside their rivalries to work together. Also unclear is whether a new chief of staff will have any influence over the president's social media histrionics.

Former Trump campaign manager Corey Lewandowski, who was ousted from the campaign in June 2016, said on NBC's "Meet the Press" that he expected Kelly would "restore order to the staff" but also stressed that Trump was unlikely to change his style.

"I say you have to let Trump be Trump. That is what has made him successful over the last 30 years. That is what the American people voted for," Lewandowski said. "And anybody who thinks they're going to change Donald Trump doesn't know Donald Trump."

Kelly's start follows a wild week, marked by a profane tirade by Scaramucci, the president's continued criticism of his attorney general and the failed effort by Senate Republicans to overhaul the nation's health care law.

In addition to the strains in the West Wing and with Congress, Kelly starts his new job as tensions escalate with North Korea. The United States flew two supersonic bombers over the Korean Peninsula on Sunday in a show of force against North Korea, following the country's latest intercontinental ballistic missile test. The U.S. also said it conducted a successful test of a missile defense system located in Alaska.

Sen. Dianne Feinstein, D-Calif., said on CBS' "Face the Nation" that she hopes Kelly can "be effective," and "begin some very serious negotiation with the North and stop this program."

Another diplomatic fissure opened Sunday when Russian President Vladimir Putin said the U.S. would have to cut its embassy and consulate staff in Russia by several hundred under new sanctions from Moscow. In a television interview, Putin indicated the cutback was retaliation for new sanctions in a bill passed by Congress and sent to Trump.

Trump plans to sign the measure into law, the White House has said. After Putin's remarks, the State Department deemed the cutbacks "a regrettable and uncalled for act" and said officials would assess the impact and how to respond to it.

While Trump is trying to refresh his team, he signaled that he does not want to give up the fight on health care. On Twitter Sunday, he said: "Don't give up Republican Senators, the World is watching: Repeal & Replace."

The protracted health care fight has slowed work on Trump's other policy goals, including a tax overhaul and infrastructure investment. But Trump aides made clear that the president still wanted to see action on health care. White House budget director Mick Mulvaney said on CNN's "State of the Union," that senators "need to stay, they need to work, they need to pass something."

The House has begun a five-week recess, while the Senate is scheduled to work two more weeks before a summer break. 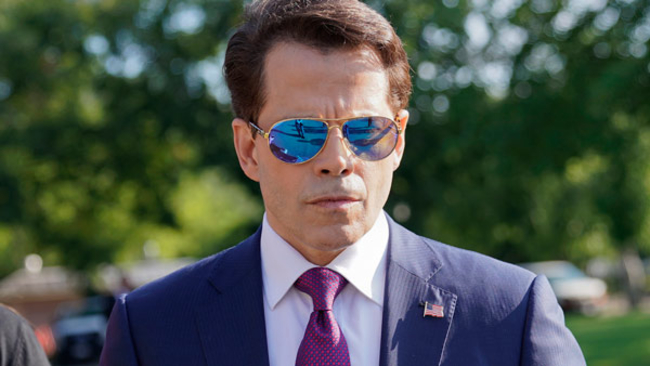