"I'm in! California is worth fighting for," Jenner wrote on Twitter.
AP
By Michael R. Blood, Associated Press The 71-year-old longtime Republican made the announcement on Twitter Friday morning.

"I'm in! California is worth fighting for," she wrote.

I’m in! California is worth fighting for. Visit https://t.co/a1SfOAMZQ3 to follow or donate today. #RecallNewsom pic.twitter.com/9yCck3KK4D

"This will be a campaign of solutions, providing a roadmap back to prosperity to turn this state around and finally clean up the damage Newsom has done to this state," Jenner said.

In a press release, Jenner said she plans to make campaign stops across the state, including the Bay Area, Southern California and the Central Valley.

Election officials are still reviewing petition signatures required to qualify the recall for the ballot.

If the recall qualifies for the ballot, as expected, voters would be asked two questions: first, whether Newsom should be removed from office. The second would be a list of replacement candidates to choose from, if more than 50% of voters support removing Newsom from office.

The effort has been largely fueled by criticism of Newsom's handling of the pandemic. Republicans who have also announced their intention to run include former San Diego Mayor Kevin Faulconer, former U.S. Rep. Doug Ose and businessman John Cox, who lost to Newsom in the 2018 governor's race.

She immediately stands out in an emerging field that so far has failed to attract a nationally known contender.

Her run would come nearly two decades after the ascendancy of Arnold Schwarzenegger, another Republican who used his Hollywood fame as a springboard to the state's highest office in a 2003 recall election.

Jenner is untested as a candidate and little is known about her positions on critical issues facing the state, from the coronavirus pandemic to managing the economy.
Report a correction or typo
Related topics:
politicscaliforniagavin newsomlgbtqgovernorcaitlyn jennerpoliticslgbtcalifornia
Copyright © 2021 by The Associated Press. All Rights Reserved.
POLITICS 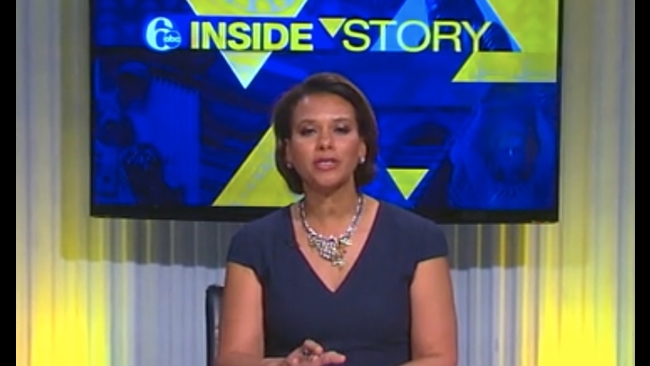 Inside Story with the Candidates for District Attorney