Calls for solutions grow as surge of violence continues in Philadelphia 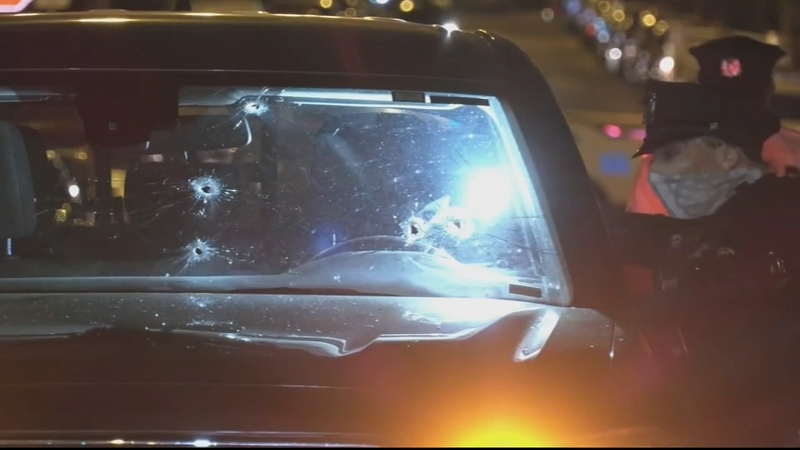 Calls for solutions grow as surge of violence continues in Philadelphia

PHILADELPHIA (WPVI) -- An outbreak of gun violence in Philadelphia on Monday left several people dead, even more wounded, and people across the city calling for a solution.

One of those shootings left 25-year-old Jhalil Shands dead after police believe he was the victim of a drive-by shooting at Third and Chestnut streets in Old City. At least 27 casings were discovered at the scene.

According to the Center for Gun Violence Reporting at the Community College of Philadelphia, four people were killed and 10 more wounded in 11 shooting incidents between noon and midnight on Monday.

Police say arrests for gun crimes are up and convictions on gun crimes appear to be down. While the city and police are working on new strategies, many in the community also feel the need to step up.

Steven Pickens and Mazzie Casher are the co-creators of the Philly Truce App. The app is geared towards quashing social media fights before they get out of control.

"With the Philly Truce App, it's always the goal of getting ahead of it," said Casher. "If people have knowledge of these things brewing, they got to reach out to us. It's a lot of back-and-forth retaliation. We feel like as the adults in the community, we got to make the example."

Two childhood friends from North Philadelphia are launching a mobile app to stop violence before it's too late.

Late Tuesday afternoon, Stephen Starr, the owner of Buddakan - which is located near the shooting at Third and Chestnut - released a statement saying:

"It feels like the government has left Center City to fend for itself. The financial epicenter of our city is being ignored. I have never seen the city this way before. The small business owners and entrepreneurs are trying valiantly to survive. The leadership of this city must exhibit the same "yes we can" spirit. Many years ago, Ed Rendell rallied us all to believe in our city. We must all reignite that idealistic belief and make it a reality."

Mayor Jim Kenney responded to the statement and commended Rendell's leadership, explaining that the former mayor and governor never had the issues like a pandemic and the long-reaching effects it holds on the city and court system.

Kenney also said the accessibility to guns is higher than before. He believes the violence will subside once the pandemic is over.

"The fact that someone was killed at Third and Chestnut is no more important than someone being killed in North Philadelphia or West Philadelphia," Kenney said. "Every city is going through this. We're working on a roadmap to get violence down."