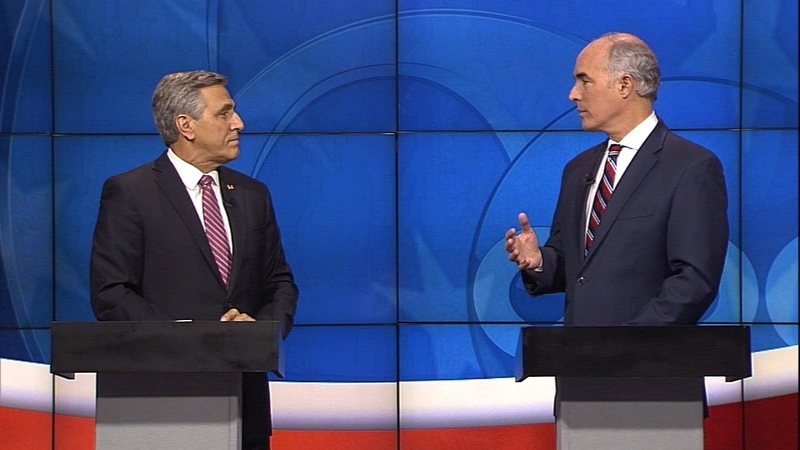 PHILADELPHIA (WPVI) -- The first debate between Pennsylvania's Democratic U.S. Sen. Bob Casey and his Republican challenger, U.S. Rep. Lou Barletta, touched on health care, abortion rights and the economy under President Donald Trump before it ended in a personal and emotional exchange Saturday.

The hour-long debate at 6abc also featured Barletta being prompted four times to directly answer whether he would vote to prevent Trump from firing special counsel Robert Mueller, whose investigation uncovered Russian interference in the 2016 election.

Barletta has badly lagged Casey in fundraising and independent polls, making it a low-profile race in a state Trump won in 2016. Casey is seeking a third six-year term in the Nov. 6 election.

In his closing statement, Barletta raised the matter of a Casey TV ad that he objected to last weekend when it began running. Barletta contends it is particularly cruel to his family because it mirrors the plight of his toddler grandson, a twin, who is fighting cancer.

The TV ad accuses Barletta of voting to let insurers strip coverage for pre-existing conditions and features a woman, Stacie Ritter, whose twin daughters were diagnosed with cancer.

Barletta challenged Casey again to take the TV ad down. 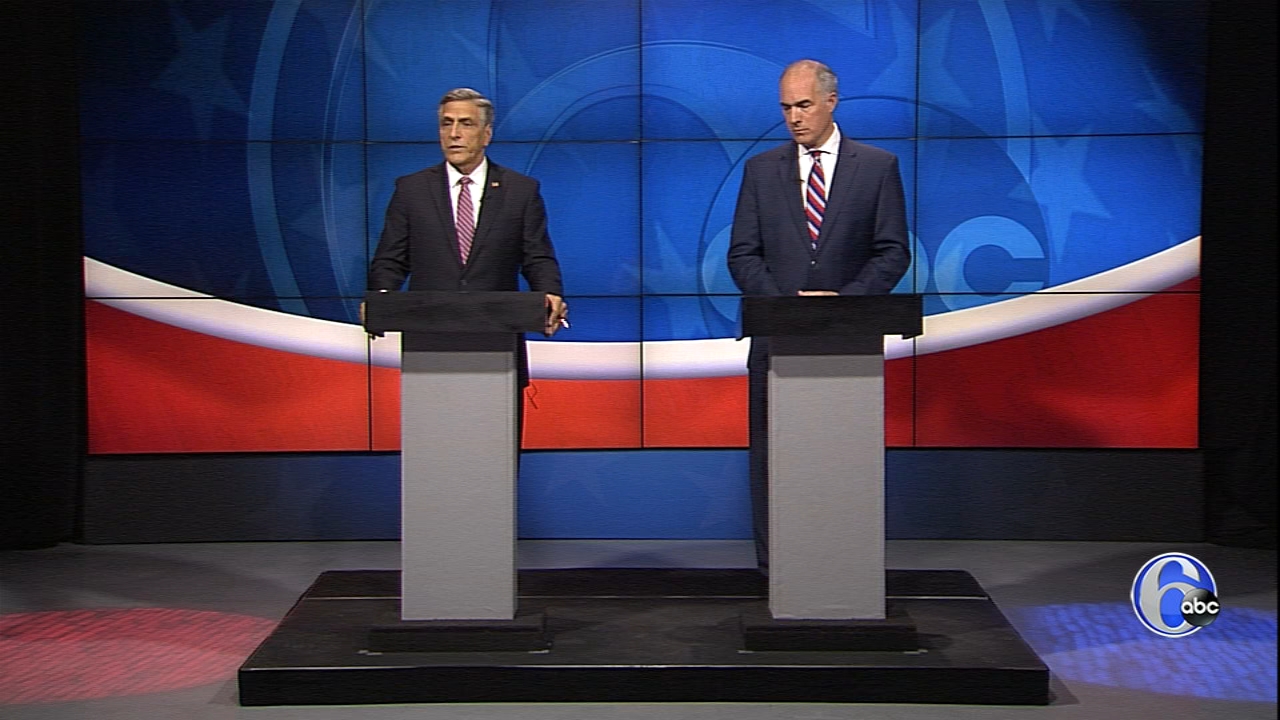 "Could you tell me why you did that?" Barletta asked, looking at Casey and his voice shaking. "And why you won't take the ad down?"

Casey, hand over his heart looking back at Barletta, said he was sorry if the ad had caused Barletta and his family any pain, and that he had not intended that. Any similarity, he said, was unintentional.

"The reason I didn't make the connection between that ad and your grandson was very simple: I was thinking about Stacie Ritter and her story and her daughters' story about pre-existing conditions," Casey said.

Barletta, speaking to reporters later, questioned how sorry Casey is if he hasn't taken the ad down.

The issue of pre-existing conditions is being litigated by Democrats in campaigns across the country since the Trump administration supported a lawsuit in federal court seeking to strike down the 2010 health care law known as "Obamacare," including its protections against insurers charging more for people with pre-existing conditions.

Casey's campaign removed ad from the Scranton TV market, Barletta's home market. It remains running elsewhere, and Casey's campaign has said Barletta "will be held accountable" for his votes.

Barletta has acknowledged voting numerous times in Congress to repeal "Obamacare." But, he insisted during the debate, he would not support legislation that "does not take care of people with pre-existing conditions."

Barletta and Casey are on opposite sides of Trump. Barletta is one of his biggest allies on Capitol Hill, and is endorsed by the president. Casey is a staunch critic.

On the question of Mueller, Barletta said there's no proof that Trump's campaign colluded with the Russians. At one point, he said, "Yeah, I would protect," and then started a new sentence.

"I want to see this come to an end, let me just say that," Barletta said. "I would like Mueller to be there when it comes to an end, but if he's going to go on for another five years, I don't think we should keep going until we find something if there's nothing there."

"It doesn't sound like a ringing endorsement of Robert Mueller," Casey said, before accusing Barletta of equivocating on the rule of law.

Barletta did not cite any particular vote by Casey. Casey contended that he has supported policies to reduce the number of unwanted pregnancies and help pregnant women.

On questions of national debt, boosting workers' paychecks and eradicating inequities for minorities, Barletta turned the question to Trump's handling of the economy and his tax-cutting law. Trump's policies have driven down black and Hispanic unemployment to record lows, moved millions off food stamps and resulted in the best economy in history, Barletta said.