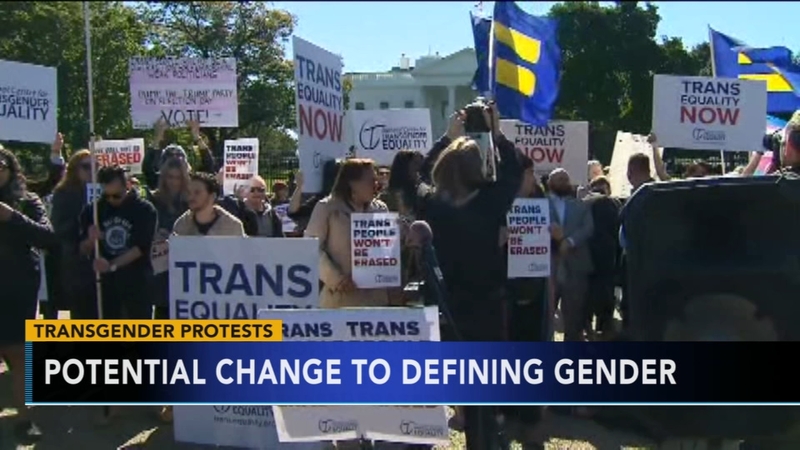 WASHINGTON -- LGBT leaders across the U.S. reacted with fury Monday to a report that the Trump administration is considering adoption of a new definition of gender that would effectively deny federal recognition and civil rights protections to transgender Americans.

"I feel very threatened, but I am absolutely resolute," Mara Keisling, executive director of the National Center for Transgender Rights, said at a news conference convened by more than a dozen activist leaders. "We will stand up and be resilient, and we will be here long after this administration is in the trash heap."

On Sunday, The New York Times reported that the Department of Health and Human Services was circulating a memo proposing that gender be defined as an immutable biological condition determined by a person's sex organs at birth. The proposal would define sex as either male or female, and any dispute about one's sex would have to be clarified through genetic testing, according to the Times' account of the memo.

For LGBT-rights leaders, it's the administration's latest attack on transgender Americans. They also cite an attempt to ban them from military service; a memo from Attorney General Jeff Sessions concluding that civil rights laws don't protect transgender people from discrimination on the job; and the scrapping of Obama-era guidance encouraging school officials to let transgender students use school bathrooms that matched their gender identities.

President Donald Trump briefly addressed the latest controversy as he left the White House for a political trip to Houston, but left unclear how his administration plans to proceed.

The Cabinet agency had acknowledged months ago that it was working to rewrite a federal rule that bars discrimination in health care based on "gender identity." It cited a Texas-based federal judge's opinion that the original rule went too far in concluding that discrimination based on gender identity is a form of sex discrimination, which is forbidden by civil rights laws.

The department said Monday it would not comment on "alleged leaked documents." It did release a statement from Roger Severino, head of its Office for Civil Rights, saying his agency was reviewing the issue while abiding by the 2016 ruling from the Texas-based federal judge, Reed O'Connor.

"For years, courts across the country have recognized that discriminating against someone because they are transgender is a form of sex discrimination, full stop," said Diana Flynn, Lambda Legal's litigation director. "If this administration wants to try and turn back the clock by moving ahead with its own legally frivolous and scientifically unsupportable definition of sex, we will be there to meet that challenge."

Shannon Minter, a transgender attorney with the National Center for Lesbian Rights, called the reported plan a "cynical political ploy to sow discord and energize a right-wing base" before the Nov. 6 election.

UCLA legal scholar Jocelyn Samuels, who ran the HHS civil rights office in the Obama administration, said the Trump administration would be going beyond established law if it adopted the policy in the memo.

Omar Gonzalez-Pagan, a lawyer with Lambda Legal, said the proposed rule change appears to still be undergoing White House review. It would need to be signed off by the departments of Justice, Labor and Education, which are also involved with civil rights enforcement.

While social mores enter into the debate, medical and scientific experts have long recognized a condition called "gender dysphoria" - discomfort or distress caused by a discrepancy between the gender that a person identifies as and the gender at birth. Consequences can include severe depression. Treatment can range from sex-reassignment surgery and hormones to people changing their outward appearance by adopting a different hairstyle or clothing.

According to an estimate by the Williams Institute at the UCLA School of Law, there are about 1.4 million transgender adults in the United States.
------
Send a News Tip to Action News
Learn More About 6abc Apps
Report a correction or typo
Related topics:
politicstransgenderu.s. & worldcivil rights
Copyright © 2021 by The Associated Press. All Rights Reserved.
TRANSGENDER 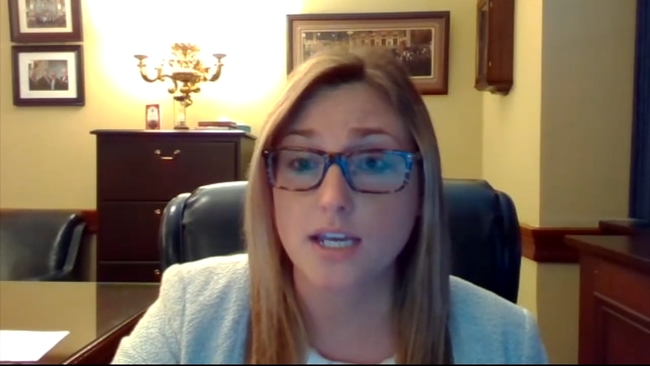