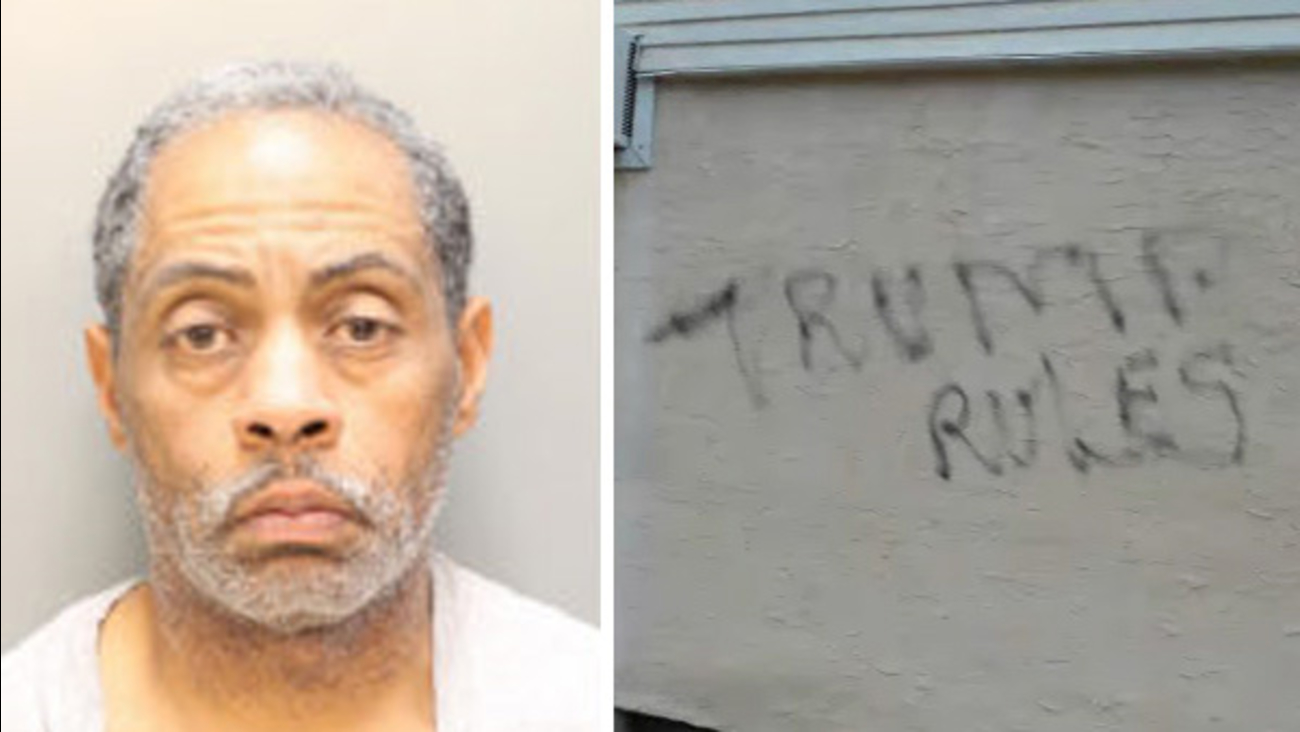 SOUTH PHILADELPHIA (WPVI) -- A man has been charged with a case of vandalism in South Philadelphia that was apparently tied to Donald Trump's election as president.

William Tucker, 58, of the unit block of Hemmings Way in Lawnside, New Jersey, is charged with vandalism and related offenses.

Police say Tucker is the man who was seen in surveillance video spray-painting the hood of a car in the 900 block of South 6th Street around 5 a.m. on November 9th.

He also hit several other vehicles and homes, police say.