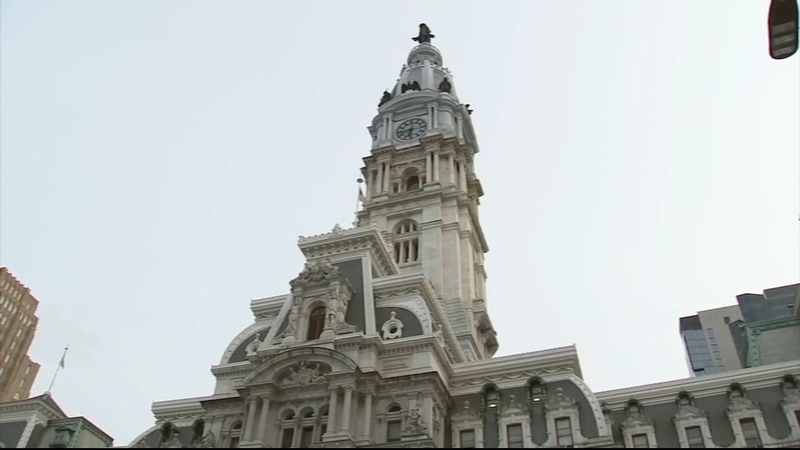 PHILADELPHIA (WPVI) -- Financially, the pandemic left the City of Philadelphia in ruins. Officials were struggling to make up for a $450 million budget hole and a total loss of $1.5 billion in the next five years.

"It would have been a devastating budget without the federal money," said city Finance Director Rob Dubow.

"We would have had to do really painful things," Dubow added.

Residents saw a preview of this after the pandemic slashed staffing levels and closed public buildings.

"It seemed like we weren't taking care of the streets as much, the trash was like piling up," said resident Destiny Jean-Michel of North Philadelphia.

This infusion could avoid city employee layoffs and funding cuts to departments like fire and EMS.

"We're ecstatic because anytime you cut, it puts the citizens we're sworn to protect in jeopardy and also our members," said Mike Bresnan, president of IAF22 Local.

The proposed budget calls for a small decrease in city wage tax for residents and non-residents. The city also plans to reopen pools this summer, resume five-day library services, and begin street-sweeping programs delayed by the pandemic.

"I think that it's important for everyone in the city to access to the same abilities as one another, regardless of income and being able to go to a library," said resident Emily Rodriguez of Fairmount.

And there's some welcome news for drivers: the city is taking that stimulus money and repaving 115 miles of road in an attempt to beautify the city and revive the economy.

"I'm tired of my car getting in all the potholes, tearing my tires up, we definitely need that ASAP," said resident Rahsaan Ford of Germantown.

And to address the violence plaguing the city, the budget proposes allocating $2.6 million for violence intervention and $13 million for 911 co-responder and mobile crisis units.

"It impacts me quite a lot because all you hear is gunshots right now and ambulances and fire engines and it keeps you up at night," said resident Daymond Floyd of Southwest Philadelphia.

"We are hoping that our significant investments in anti-violence programs whether that be for violence intervention or some of the neighborhood based interventions are things that people see and feel fairly quickly," said Budget Director Marisa Waxman.

As for the city's police department, the mayor has proposed keeping funding at the same level as the current fiscal year.