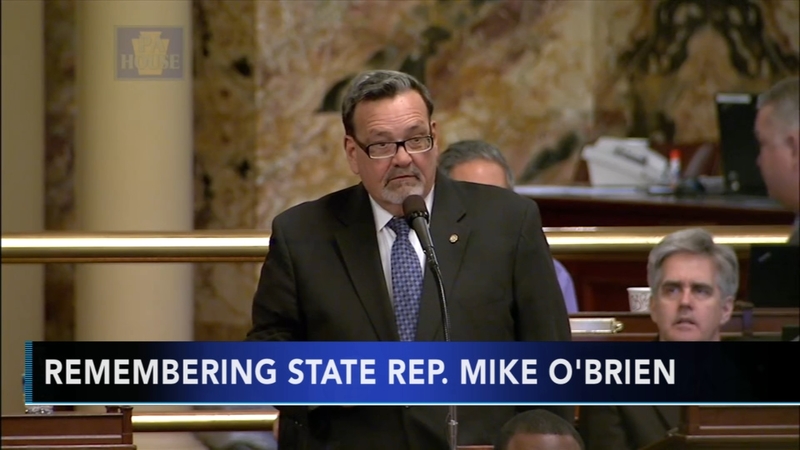 PHILADELPHIA -- A six-term Democratic state representative from Philadelphia has died of a suspected heart attack.

The daughter of Rep. Mike O'Brien said he died in the early hours on Monday in the home where he had lived as a child in the city's Fishtown neighborhood.

Bridget O'Brien says her father had been battling a host of medical issues.

The 64-year-old O'Brien had decided not to seek re-election this year. He had been the ranking Democrat on the Urban Affairs Committee.

Survivors also include his wife and son.

Mike O'Brien had been a legislative aide to his predecessor, and before that had worked in a meatpacking plant.