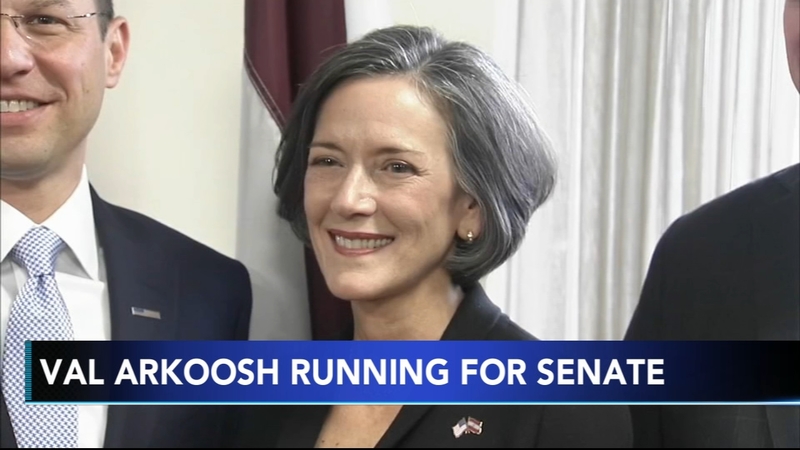 HARRISBURG, Pennsylvania -- The chairperson of the Montgomery County Board of Commissioners said Monday she is seeking the 2022 Democratic nomination for U.S. Senate.

Toomey is retiring, opening up a seat in a swing state that is likely to be among the country's most competitive races next year.

Other Democrats who have said a Senate run is possible include U.S. Reps. Conor Lamb and Chrissy Houlahan. State Sen. Sharif Street has formed an exploratory committee and filed a candidacy statement with the Federal Elections Commission.

On the Republican side, Jeff Bartos, the GOP's unsuccessful candidate for lieutenant governor in 2018, has declared his candidacy, as have more than a half-dozen lesser known or first-time candidates from both parties.

Arkoosh, 60, who lives in Wyndmoor, is a married physician with three children. Montgomery County, a Philadelphia suburb, is among the state's largest political subdivisions.
Report a correction or typo
Related topics:
politicsharrisburgpennsylvania newssenateu.s. & world
Copyright © 2021 by The Associated Press. All Rights Reserved.
More Videos
From CNN Newsource affiliates
TOP STORIES