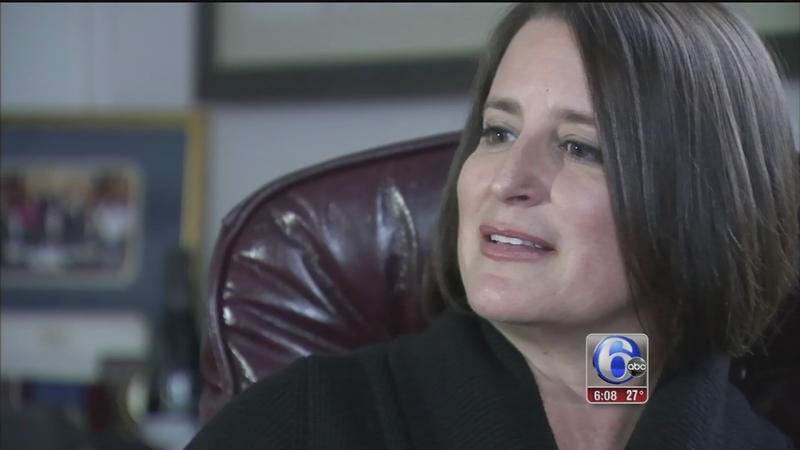 NORRISTOWN, Pa. (WPVI) -- Risa Vetri Ferman will not seek a third term for district attorney. She doesn't want to leave the courthouse, however. She plans to run for common pleas judge.

Ferman has spent nearly two decades in the Montgomery County DA's Office. She said today it was simply time for a change.

"After eight years in this seat, at this desk, I think it's just time to move on to something new," she explained.

Ferman is starting the New Year looking ahead to what she hopes will be a new job - a seat on the Common Pleas Court bench.

Ferman turned 50 this year, and told us Tuesday that it was time for a new pursuit.

She says, "I really need a new challenge. I am looking for a new adventure, a new journey - something different to do."

Ferman spent 15 years as a prosecutor before she was elected as the county's first female district attorney in 2007.

2014 was a difficult year. Her office dropped a high-profile rape case against former county GOP chairman Robert Kerns - acknowledging her staff misread a lab report, telling a grand jury he had drugged the victim when there was no proof.

Did missteps play a role in her decision to move on?

Ferman says, "I don't think so because I am running for another office. When you ask a question like that, it suggests I am walking away and I am not. I am putting my name out there to stand for election."

It's been a high-profile job. Some cases, including the recent search for mass murderer Bradley Stone, got national attention. But Ferman is most proud of her work as a victims advocate. She co-founded a non-profit children's advocacy center, and wrote a book on internet safety.

"I think what for me - what I love most is that you have the opportunity to protect people and keep people safe and I think that is the most powerful, overwhelming part of the job," she said.

Ferman has long been considered a candidate for higher office. She says right now she's happy here in Norristown.

She tells us, "I think to be a trial judge, in this place that I've devoted so much of my life to, is the perfect way for me to continue public service."

Immediately after Ferman announced she would not seek re-election, her first deputy Kevin Steele announced that he will run as a Democrat to replace her.