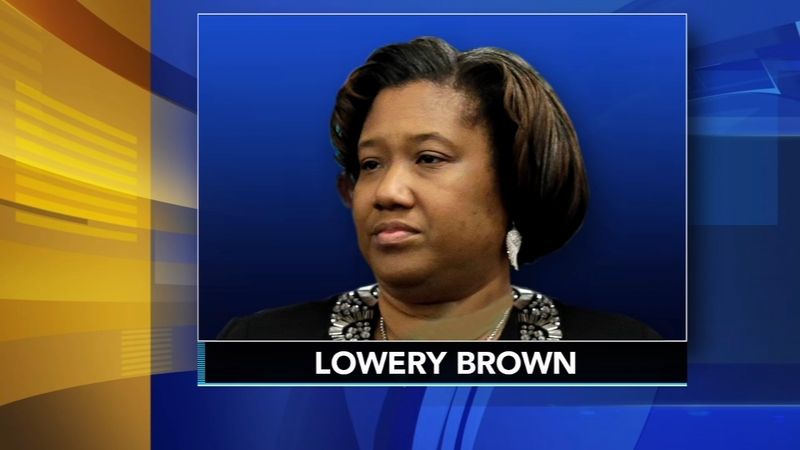 HARRISBURG, Pa. -- A Pennsylvania state lawmaker faces the possibility of prison time after a jury on Wednesday convicted her of charges she accepted $4,000 in cash from an undercover informant seven years ago.

"We're disappointed in the outcome," said Lowery Brown's lawyer, Pat Casey. "We will continue to fight on her behalf, and it is a classic case of government overreach."

Casey said he expected to appeal.

The trial pitted prosecutors who argued she took the money in exchange for official favors against Lowery Brown's defense team, which argued she had been entrapped into taking the money.

Lowery Brown is unopposed in seeking a sixth term in next week's election. She declined to say what her plans are for her seat.

Prosecutor Mike Sprow said although he was uncertain about the details, if she is sentenced before the new session begins in December, it may affect her ability to qualify for lifetime health benefits and her pension. Sentencing was scheduled for Nov. 28.

A spokeswoman for the State Employees' Retirement System said she was unsure why the Dec. 1 date would be significant, but that after Lowery Brown is sentenced, her case will be reviewed to see if it qualifies for pension forfeiture under state law .

The verdict, Sprow said, is "obviously what we believed was appropriate in this case. I think the jurors saw through the entrapment defense."

House Minority Leader Frank Dermody, D-Allegheny, said Lowery Brown must relinquish her seat in the House no later than the day she is sentenced. A special election to fill the seat would then be scheduled by the House speaker.

"She waged a long legal battle and mounted a defense against the charges, but the verdict rendered today means she must face the consequences," Dermody said.

Sprow said the sentencing range on six of the seven counts is up to nine months, so it is possible Lowery Brown may get state prison time.

Lowery Brown told a grand jury in 2014 she knew taking the money was wrong. She had previously agreed to plead guilty in the case but changed her mind.

The verdict follows guilty or no contest pleas by four other onetime Philadelphia state lawmakers and a former traffic judge in the city, all Democrats, for taking cash or gifts from informant Tyron Ali. The other three then-sitting lawmakers resigned as part of their pleas.

The cases were brought by prosecutors in Philadelphia and Harrisburg after then-state Attorney General Kathleen Kane abandoned the investigation in 2013 when she concluded it improperly targeted black officials. Philadelphia's then-district attorney, Seth Williams, revived the case.

Williams, Lowery Brown and the other five defendants are all black; Kane is white.

Kane and Williams, both Democrats, were subsequently convicted of criminal offenses related to their offices. Williams is in federal prison, while Kane is on bail while she is pursuing appeals.
------
Send a News Tip to Action News
Learn More About 6abc Apps
Report a correction or typo
Related topics:
politicspennsylvania newsbribery
Copyright © 2021 by The Associated Press. All Rights Reserved.
More Videos
From CNN Newsource affiliates
TOP STORIES