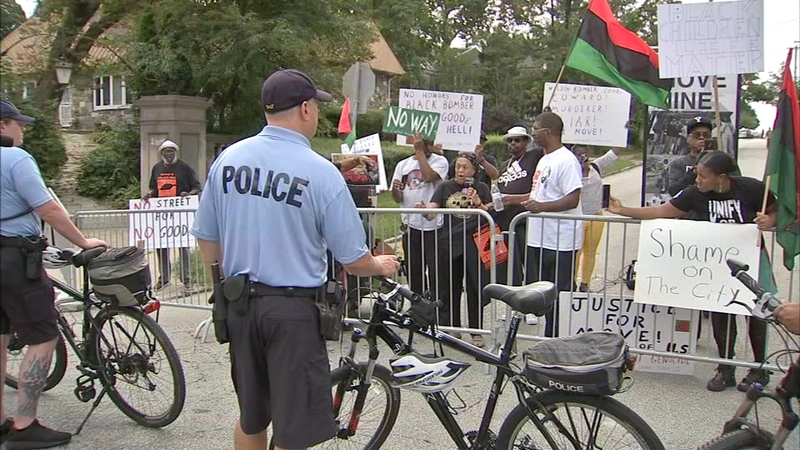 WYNNEFIELD (WPVI) -- A section of a Philadelphia street was named for former Mayor Wilson Goode on Friday morning.

But protestors expressed their opposition to the honor.

The renaming ceremony was held on North 59th Street in the Wynnefield section, which will be known as W. Wilson Goode Sr. Way.

Mayor Goode is celebrated as the city's first black mayor, he also has his share of critics.

Wilson was mayor when the city clashed with members of MOVE, a radical, black back-to-nature group. It culminated in the 1985 bombing of MOVE headquarters, killing 11 people and destroying more than 60 rowhomes.

His critics say they had no say in the decision to put his name on a street.

At the dedication, Goode took responsibility for the MOVE incident, but said he would not be defined by one day of his life.

The resolution was approved by city council back in June.