Secret Trump-Cohen tape released, but what's on it in dispute 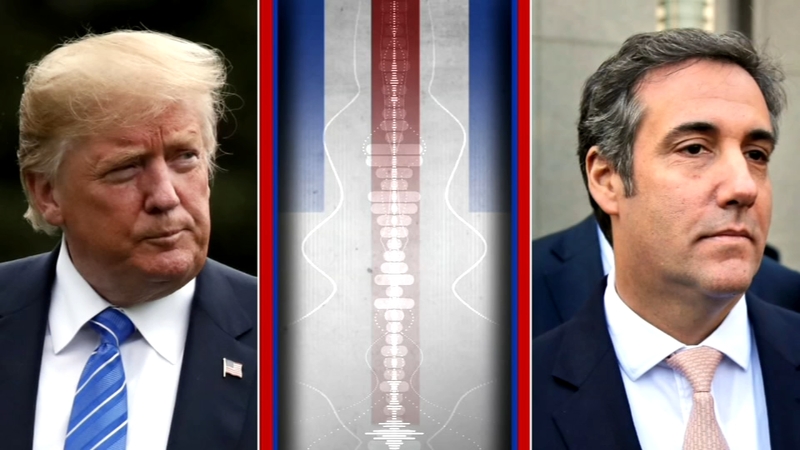 Secret Trump-Cohen tape released, but what's on it in dispute

ABC News has obtained the secret audio recording between Donald Trump and his attorney Michael Cohen.

The September 2016 recording between Trump and Cohen includes a short conversation between Cohen and then-candidate Trump talking about a plan, allegedly devised by Cohen, to try to purchase the rights to former Playboy model Karen McDougal's story from American Media Inc., which owns the National Enquirer, since the media company had already bought the rights to her story.

On the audio tape, first released by CNN, Trump can be heard discussing the payment with Cohen.

ABC News has done an initial review of the recording. On that review, it is hard to understand the end of the tape as far as the form of proposed payment to AMI owner David Pecker.

According to a transcript provided by the Trump legal team, Trump wanted to pay via check in order to properly document the payment.

"Don't pay with cash ... check," Trump stated, according to the transcript provided by Trump's legal team.

Trump took to Twitter this morning to express outrage about Cohen's recording him in the first place. "What kind of a lawyer would tape a client? So sad!" Trump wrote, blasting his former longtime fixer, but not addressing the substance of what was said on the tape.

The president also questioned the abrupt ending of the recording, suggesting the tape was cut off before the president started talking about positive things.

But Cohen's attorney Lanny Davis told CNN Tuesday evening that it's their opinion that Trump is heard suggesting the cash payment.

Davis does acknowledge that Trump used the word "check" toward the end of the tape.

McDougal sold her story as an exclusive to the National Enquirer in August 2016 for $150,000, though the tabloid never published her story -- effectively buying her silence about her alleged affair with Trump.

Federal prosecutors investigating Cohen are in possession of 12 audio recordings seized during raids of Cohen's home, office and hotel room, according to new court filings.

After being silent for more than a decade, McDougal started speaking about it earlier this year, first opening up in an interview with The New Yorker's Ronan Farrow in February.

Giuliani confirmed to ABC News Trump did have a discussion with Cohen before the election but he said that the payment that was being discussed was never made.

"Nothing in that conversation suggests that he had any knowledge of it in advance," Giuliani told ABC News last week. "In the big scheme of things, it's powerful exculpatory evidence."

In response to the release of the tape Tuesday night, Giuliani released a statement to ABC News, saying, "The transcript that we provided CNN accurately reflects the taped conversation."

"The recording ... between Trump and Cohen ... confirms the man who now occupies the Oval Office had contemporaneous knowledge of a proposal to buy the rights to the story of Karen McDougal, a woman who has alleged she had an extramarital affair with Trump," Stris tweeted.
------
Send a News Tip to Action News
Learn More About 6abc Apps
Report a correction or typo
Related topics:
politicsu.s. & worldpresident donald trump
Copyright © 2021 ABC News Internet Ventures.
U.S. & WORLD 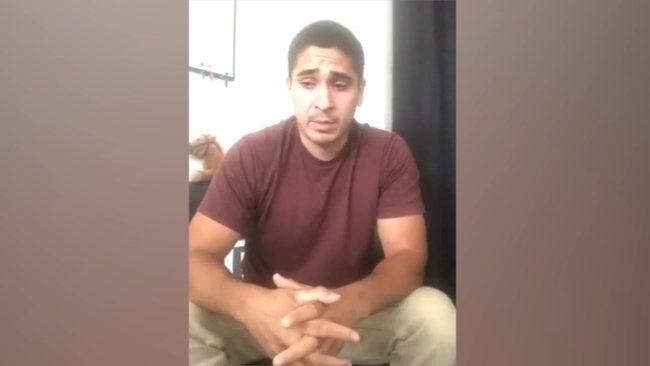