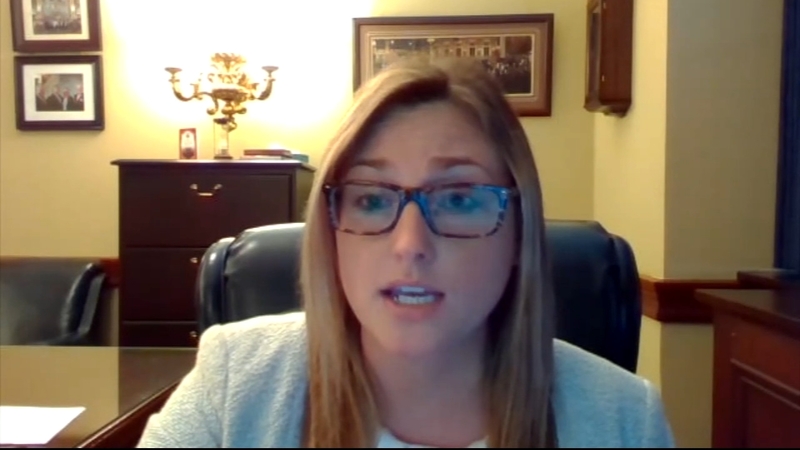 HARRISBURG, Pennsylvania (WPVI) -- A group of state lawmakers, many of whom are former student-athletes, believe transgender girls have a competitive edge in women's sports are hoping to level the playing field with a new bill, while critics say the legislation is discriminatory.

Five Republican state representatives -- Barbara Gleim, Martina A. White, Dawn W. Keefer, Valerie S. Gaydos and Stephanie Borowicz -- have introduced legislation that would ban transgender youth from taking part in school sports for the gender with which they identify.

The national debate over whether transgender girls should be prohibited from playing on girl’s sports teams is taking center stage in Pennsylvania. Helping lead the charge is Philly State Rep Martina White. @6abc pic.twitter.com/QaJXigPoOW

"Really it's common sense," said White of Northeast Philadelphia, who represents the 170th Legislative District in Pennsylvania. "(It) allows for women to have an equal playing field when they're out there participating in athletics. And if a transgender athlete would like to participate in any kind of sport, they still have that opportunity, it's just they would have to compete against the biological sex they are born with."

"If you want to protect women's sports, fund it, anything else beyond that, it's ridiculous," said Tellez.

"Knowing that there's this bill coming into play, it makes me feel and other peers in the LGBTQ community feel like they can't be who they want to be or say who they are," said high school junior Morgan Parkin, who runs in the program.

A handful of states across the country have already passed similar bills.

The bill was introduced in Pennsylvania this week and now goes into committee. Governor Tom Wolf has threatened to veto it.
Report a correction or typo
Related topics:
politicspennsylvanialgbtqtransgenderathletessports
Copyright © 2021 WPVI-TV. All Rights Reserved.
More Videos
From CNN Newsource affiliates
TOP STORIES