AP
PHILADELPHIA -- A Pennsylvania state senator who is the subject of allegations published by The Philadelphia Inquirer that he behaved inappropriately toward female employees and campaign aides said Monday that he will "step back" from his campaign for a congressional seat.

Sen. Daylin Leach, a lawyer and a Democratic state lawmaker since 2003, did not immediately clarify whether he was ending his U.S. House campaign or not.

He said he planned to continue serving in the Senate, despite a call by Gov. Tom Wolf, a fellow Democrat, for Leach to resign.

Leach said he will cooperate with state Senate leaders to address the allegations and said it is "heartbreaking" to him that he made someone feel uncomfortable or disrespected.

"In the future I will take more care in my words and my actions, and I will make it my top priority to protect those who to speak up to help change the culture around us," Leach said.

Leach has been among the Legislature's most prominent liberals, leading the fight for the legalization of same-sex marriage and medical marijuana. He also ran unsuccessfully for another congressional seat in 2014.

In the story, the Inquirer quoted former party, campaign and legislative aides, some anonymously, who accused the 56-year-old of behavior ranging from making sexualized jokes and comments to touching they considered inappropriate.

Aubrey Montgomery, a finance director for Leach's 2008 state senate campaign, told the newspaper that Leach labeled her a prude and ratcheted up the intensity after she complained to him about a sexualized tone in the office.
EMBED More News Videos

In a statement on Facebook after the Inquirer published the story, Matt Goldfine, a 2008 campaign aide, said he could confirm Montgomery's account. He also cited Leach's routine tickling and hugging of female interns.

"This did not happen once; there was a pattern of behavior that I believe was totally inappropriate," Goldfine wrote.

In an earlier statement , Leach blamed the accusations on a whisper campaign mounted by an unnamed political opponent and denied ever inappropriately touching women.

He also said Montgomery was "as racy as anyone else" in the office, and this week was the first time he had ever heard that she had a problem.

Montgomery has worked for a man running in the next year's Democratic congressional primary, Dan Muroff. 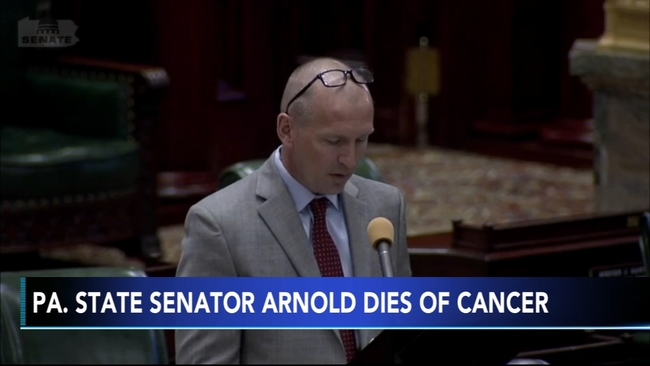 PA state senator at Capitol during attack urged to resign 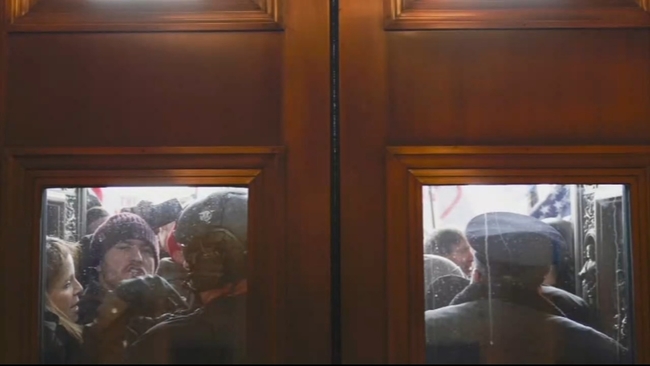 Tri-state area lawmakers react to chaos at US Capitol The year that was, the year ahead in politics
More Videos
From CNN Newsource affiliates
TOP STORIES