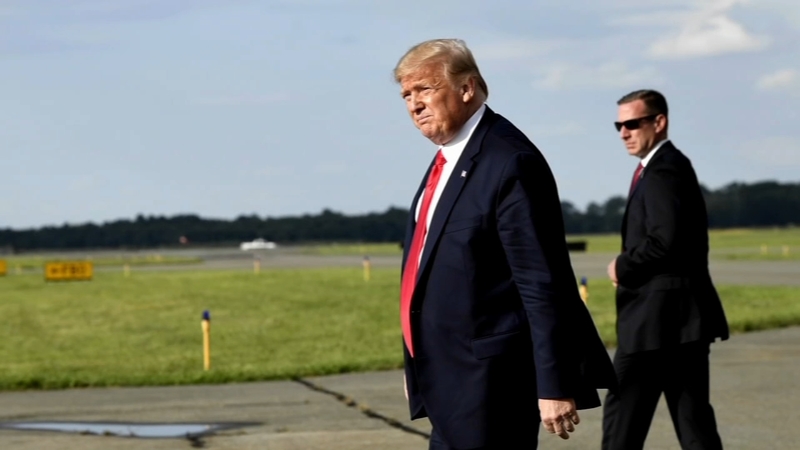 Simply put, the new rules would make it more difficult for immigrants who rely on public assistance to get green cards.

Ken Cuccinelli, acting director of citizenship and immigration services, says, "Throughout our history self-reliance has been a core principle of America. The virtues of hard work, perseverance and self-sufficiency laid the foundation of our nation."

Federal law already requires that people applying for a green card show they will not be a burden to the US.

Now though, the Trump Administration says immigrants who receive or even qualify to receive certain benefits like Medicaid or food stamps could be categorized as being too much of a burden.

Eli Nogerra of Norristown says that is not fair to people who, up until now, were doing what they thought they needed to do to become an American citizen.

He says, "People who are actually taking the right steps to make themselves legal, there is no path for them to become legal."

Meanwhile, there are exceptions spelled out in President Trump's plan. They include those enrolled in Children's Health Insurance programs, and disaster relief programs, just to name two.

Joshua Chung, an immigration attorney in Norristown says regardless of your opinion of the president's plan it does not qualify as a comprehensive immigration policy. That is something federal lawmakers on both sides of the aisle should have tackled years ago.

Chung says, "It's about time the Congress comes to a meeting of the minds. They have to decide and look forward for the future of the United States."

The policy is scheduled to go into effect on October 15, but it is already facing legal challenges.

That includes a lawsuit from the National Immigration Law Center which is referring to this new proposal as "racially motivated."
Report a correction or typo
Related topics:
politicsdonald trumppoliticsu.s. & worldimmigration
Copyright © 2021 WPVI-TV. All Rights Reserved.
More Videos
From CNN Newsource affiliates
TOP STORIES