Wading into thorny issues of race and politics, Trump's comments in a Friday night speech and a series of Saturday tweets drew sharp responses from some of the nation's top athletes, with LeBron James calling the president a "bum." Hours later, Major League Baseball saw its first player take a knee during the national anthem.

Trump started by announcing that Curry, the popular two-time MVP for the Golden State Warriors, would not be welcome at the White House for the commemorative visit traditionally made by championship teams: "Going to the White House is considered a great honor for a championship team. Stephen Curry is hesitating, therefore invitation is withdrawn!"

Later, Trump reiterated what he said at a rally in Alabama the previous night - that NFL players who kneel for the national anthem should be fired, and called on NFL Commissioner Roger Goodell to tell them to stand. Goodell and several team owners criticized the comments.

Others had far stronger reactions.

"U bum StephenCurry30 already said he ain't going!" James tweeted in a clear message to the president - a post that Twitter officials said was quickly shared many more times than any other he's sent. "So therefore ain't no invite. Going to White House was a great honor until you showed up!"

"That's a pretty strong statement," Curry said. "I think it's bold, it's courageous for any guy to speak up, let alone a guy that has as much to lose as LeBron does and other notable figures in the league. We all have to kind of stand as one the best we can."

Curry added that he doesn't believe Trump "respects the majority of Americans in this country."

James also released a video Saturday, saying Trump has tried to divide the country. "He's now using sports as the platform to try to divide us," James said. "We all know how much sports brings us together. ... It's not something I can be quiet about."

Warriors general manager Bob Myers said he was surprised by the invitation being pulled, and NBA Commissioner Adam Silver said he was disappointed that the Warriors won't be at the White House.

"The White House visit should be something that is celebrated," Myers said. "So we want to go to Washington, D.C., and do something to commemorate kind of who we are as an organization, what we feel, what we represent and at the same time spend our energy on that. Instead of looking backward, we want to look forward."

Added Kerr after his team's first practice of the season, "These are not normal times."

Bruce Maxwell, an African-American player for the Oakland Athletics, became the first major league baseball player to kneel during the national anthem. Teammate Mark Canha, who is white, put his right hand on one of Maxwell's shoulders during Saturday night's anthem. The Athletics released a statement saying they "respect and support all of our players' constitutional rights and freedom of expression."

In New York City's Central Park, musician Stevie Wonder declared, "Tonight, I take a knee for America. Both knees!" as he knelt on stage at the Global Citizen Festival.

As a candidate and as president, Trump's approach has at times seemed to inflame racial tensions in a deeply divided country while emboldening groups long in the shadows. Little more than a month ago, Trump came under fire for his response to a white supremacists' protest in Charlottesville, Virginia. Trump also pardoned Joe Arpaio, the former sheriff of Arizona's Maricopa County, who had been found guilty of defying a judge's order to stop racially profiling Latinos.

Trump's latest entry into the intersection of sports and politics started in Alabama on Friday night, when he said NFL players who refused to stand for "The Star-Spangled Banner" are exhibiting a "total disrespect of our heritage."

Several NFL players, starting last season with then-San Francisco quarterback Colin Kaepernick, have either knelt, sat or raised fists during the anthem to protest police treatment of blacks and social injustice. Last week at NFL games, four players sat or knelt during the anthem, and two raised fists while others stood by the protesters in support.

"That's a total disrespect of everything that we stand for," Trump said, encouraging owners to act. He added, "Wouldn't you love to see one of these NFL owners, when somebody disrespects our flag, you'd say, 'Get that son of a bitch off the field right now. Out! He's fired."

On Saturday, Trump echoed his stance.

"If a player wants the privilege of making millions of dollars in the NFL, or other leagues, he or she should not be allowed to disrespect our Great American Flag (or Country) and should stand for the National Anthem," Trump tweeted. "If not, YOU'RE FIRED. Find something else to do!"

There are 14 NFL games Sunday, including one in London. And how players act during the anthem will certainly be closely watched at each of those games.

"You have a chance to do something really great," music mogul Sean "Diddy" Combs told players in a tweet.

Tampa Bay receiver Desean Jackson, whose team plays at Minnesota, tweeted: "I definitely will be making a statement no disrespect to our military of service But we have to stick together as people !! Unity."

Trump has enjoyed strong support from NFL owners, with at least seven of them donating $1 million each to Trump's inaugural committee. They include New England Patriots owner Bob Kraft, whom Trump considers a friend.

Hours after Goodell's comments, Trump said the commissioner had "put out a statement trying to justify the total disrespect certain players show to our country. Tell them to stand!"

Terry and Kim Pegula, the owners of the Buffalo Bills, said a number of players attended a voluntary meeting with team executives, including general manager Brandon Beane, coach Sean McDermott and members of his staff.

"President Trump's remarks were divisive and disrespectful to the entire NFL community but we tried to use them as an opportunity to further unify our team and our organization," the Pegulas said. "Our players have the freedom to express themselves in respectful and thoughtful manner and we all agreed that our sole message is to provide and to promote an environment that is focused on love and equality."

Plenty of other current and former stars from across sports weighed in Saturday, as did the National Basketball Players Association, which defended its members' "free speech rights" against those seeking to "stifle" them.

Trump also bemoaned what he called a decline in violence in football, noting that it's "not the same game" because players are now either penalized or thrown out of games for aggressive tackles.

"No man or woman should ever have to choose a job that forces them to surrender their rights," said DeMaurice Smith, the NFL Players Association executive director. "No worker nor any athlete, professional or not, should be forced to become less than human when it comes to protecting their basic health and safety."

Trump has met with some championship teams already in his first year in office.

Clemson visited the White House this year after winning the College Football Playoff, some members of the New England Patriots went after the Super Bowl victory and the Chicago Cubs went to the Oval Office in June to commemorate their World Series title. The Cubs also had the larger and more traditional visit with President Barack Obama in January, four days before the Trump inauguration.

Warriors forward Draymond Green said the good news was that Golden State won't have to talk about going to the White House again - unless they win another title during the Trump presidency.

"Michelle Obama said it best," Green said. "She said it best. They go low. We go high. He beat us to the punch. Happy the game is over." 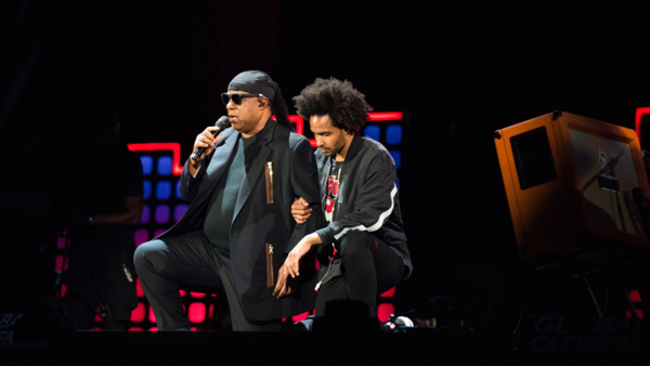