Trump heartily endorses Moore as GOP comes to grips with him 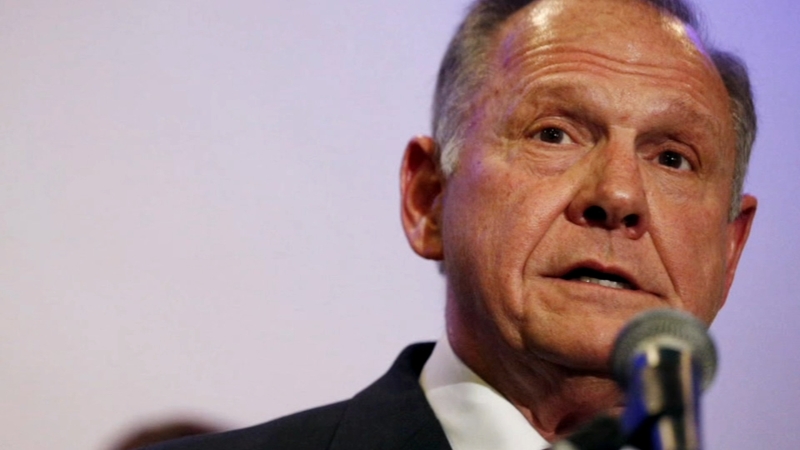 Trump heartily endorses Moore as GOP comes to grips with him

Buoyed by the taste of his own success in Congress as the Republican tax bill inches closer to passage, Trump telephoned Moore to offer encouragement as well as support and also argued in a pair of tweets that Moore's vote was badly needed to push the president's policies forward.

In addition, Senate Majority Leader Mitch McConnell, who was initially among several national Republicans to urge Moore to drop out of the race, said Sunday it was up to Alabama voters to decide whether the former state Supreme Court chief justice should be elected.

Weeks ago, when accusations of sexual misconduct with teenagers first surfaced, Trump's spokesman had said the president believed Moore would "do the right thing and step aside" if the allegations were true.

Top Republicans vowed to expel him from the Senate if he won his Dec. 12 special election. And, publicly and privately, GOP leaders described the allegations against Moore as credible and insisted there were no circumstances under which he should serve in the Senate.

Trump's tweets on Monday showed his thinking has evolved as Moore has rejected his party's appeals and doggedly remained in the race.

In the phone call, Moore said, Trump offered "his full support and said he needs a fighter to help him in the US Senate."

Moore tweeted that the president told him: "Go get 'em, Roy!"

Trump's move was somewhat symbolic: He had already all but endorsed Moore, repeatedly criticizing Democratic rival Doug Jones on Twitter and planning a campaign-style rally in Pensacola, Florida, on Friday, less than 20 miles from the Alabama border and just four days before voters head to the polls.

Still, Trump's decision to do away with any pretense of distance made clear he is increasingly confident in Moore's chances of victory despite the continued unease of some other Republican leaders.

A Moore victory would set up a potentially explosive clash with fellow Republicans in Congress, some of whom have resoundingly called on him to quit the race. While some have softened their rhetoric recently, others have said they still will try to expel him if he is elected.

Moore's campaign was wounded by accusations this fall of sexual misconduct, decades ago, made by women who were then teenagers. One of the women alleges he initiated sexual contact when she was 14.

"Democrats refusal to give even one vote for massive Tax Cuts is why we need Republican Roy Moore to win in Alabama," Trump tweeted. "We need his vote on stopping crime, illegal immigration, Border Wall, Military, Pro Life, V.A., Judges 2nd Amendment and more."

In that same vein, longtime Alabama Sen. Richard Shelby said Trump's endorsement didn't surprise him. He said of the president, "I think he's interested, a lot of us are, in the numbers, being a Republican."

And Sen. Orrin Hatch, who traveled with Trump on Monday to Hatch's home state of Utah, said he realistically didn't have any choice. Hatch said, of Moore, "That's the only Republican you can possibly get down there at this time."

Trump first appeared to back Moore after his first choice, Sen. Luther Strange, lost the GOP primary for the seat once held by Attorney General Jeff Sessions. But the president went silent after The Washington Post reported on the allegations of sexual misconduct with two teens, ages 14 and 16, and efforts to date several others while Moore was a local prosecutor in his 30s.

By late last month, however, with pressure mounting from his former chief strategist Steve Bannon and other corners of his base, Trump was making clear that he preferred Moore, raising doubts about the candidate's accusers and criticizing Democrat Jones as the "liberal puppet" of Democratic leaders Chuck Schumer and Nancy Pelosi.

Meanwhile, Moore himself was strongly criticized by top Republicans, including Cory Gardner of Colorado, chairman of the Senate GOP campaign apparatus known as the National Republican Senatorial Committee.

"If he refuses to withdraw and wins, the Senate should vote to expel him, because he does not meet the ethical and moral requirements of the United States Senate," Gardner said three weeks ago. He said last week he stood by that statement.

Jones, the Democrat, sidestepped questions about Trump's endorsement while suggesting the support of national Republicans like McConnell could do more harm than good in Alabama.

"Our campaign is going straight to the people of the Alabama because that's who my voters are. It's not the president, it's not Mitch McConnell," Jones told reporters outside a steel mill in suburban Birmingham. "Obviously Mitch McConnell has very little credibility in this state anyway, so I'm not worried about him at all."

Expelling a senator is no easy task. The Senate Ethics Committee would have to investigate, and a recommendation of expulsion could take years.