"We've had a little more time to see what's happened in places like Colorado for revenue," Wolf said near Harrisburg Tuesday. "This might be one way to fill a hole."

Wolf wants to direct some of the tax revenues from the sale of recreational weed to a program to repair what he called a release of "the harm done to crime victims and communities as a result of marijuana criminalization."

About half the proposed weed tax would go to help historically disadvantaged businesses, which are those more than half owned and operated by people who are Black, Hispanic, Native American or Pacific Islander-- groups deemed to have traditionally been discriminated against in financial dealings.

The coronavirus outbreak has dramatically increased medical marijuana sales, according to some businesses in Southeastern Pennsylvania.

On Tuesday, Wolf also outlined how he thinks the state should spend much of the $1.3 billion remaining in federal coronavirus relief funds during what's left of lawmakers' two-year session.

The Democratic governor urged the General Assembly to put $225 million toward hazard pay for more than 200,000 workers on the front lines of responding to the pandemic, effectively giving them all $3-an-hour wage increases.

The state House and Senate have 11 session days over four scattered weeks left before the November election, a limited period to wrap up their business as the two-year session winds down.

Pennsylvania law treats possession of any marijuana outside the medical marijuana program as a crime, although there is a diversion program for first-time, nonviolent offenders and a few municipalities have enacted what is effectively decriminalization of possession of very small amounts.

On Tuesday, Action News asked Pennsylvanians what they think about it.

Richard G. in Bala Cynwyd says he's against the idea.

Outside the Ardmore "Beyond Hello" medicinal marijuana dispensary, patient Phillip Stokes said there is a supply and demand issue.

"There is not enough supply and legalization would create jobs. I think there would be hundreds of thousands of jobs forever. If there was a lower cost to apply for growers license for people who have available land there would be a lot more minority-owned businesses," said Stokes.

Outgoing State Senator Daylin Leach, a longtime supporter of legalization of all marijuana, says his bill, if passed this fall, would be a solution.

He criticized the governor's lack of engagement with him on the current bill he has on the issue.

Governor Wolf acknowledged if a bill were to pass the Republican-controlled legislature, seeing revenue would take time.

"Currently, immediately we need money for these things and the recreational marijuana tax revenues are probably further down the road but there's something we can do now, so as quickly as possible we can see revenues from it," said Leach.

Leach said some licensing revenues could be seen quickly especially since the medical marijuana infrastructure is already in place.

"If we were to pass this in November I think by New Year's we could have some product going out to people and we've seen during COVID crisis this is one of few industries that's been doing much better than before COVID. We can see some money right away as we sell licenses."

Leach added that even though revenue is needed right now, COVID-19 has left a long term budget issue.

"The budget problem we have because of COVID-19 isn't going away overnight. We're looking at a structural defect of $4 billion assuming there's no aid from the federal government which looks unlikely."

House Majority Leader Kerry Benninghoff, a Republican from Centre County, was dismissive of the governor's proposals.

"It is disingenuous for this governor to put forward an unaffordable legislative agenda and require taxpayers to bail him out of his unilateral mandates that have devastated their lives and livelihoods," Benninghoff said. 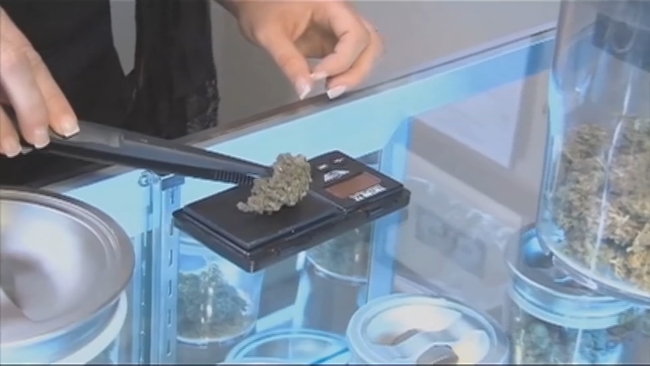 Dogs might be able to thwart infestation of spotted lanternflies
St. Joe's grad dies of COVID-19 after ER rotation
6 months into COVID-19, some local businesses calling it quits
This church learning pod is so popular, there's a wait list
Judge declines to stay ruling on Pennsylvania crowd size
Show More
Louisville prepares for Breonna Taylor announcement
Philly boy collects socks for homeless: Here's how you can help
Bed Bath & Beyond in Montco among 63 stores closing
Church bells ring out for more than 200,000 lives lost to COVID-19 | WATCH
Kenney in self-quarantine after being exposed to person with COVID-19
More TOP STORIES News