In unusually sharp language, the Democratic governor accused Trump and Republicans who control the legislature of promoting conspiracy theories and spreading misinformation about the virus and the status of the Pennsylvania economy, which he said is reopened despite the mitigation measures he has imposed.

"I believe the vast majority of Pennsylvanians understand what we had to do in the beginning was necessary to buy the time to keep people safe before we got the capacity we needed to address this virus," Wolf said. "And the vast majority simply don't buy into the conspiracy theories or fear mongering from the president or from the Harrisburg Republicans about this virus."

Wolf spoke at a news conference in York one day after U.S. District Judge William Stickman IV in Pittsburgh invalidated key parts of his administration's early pandemic response, including his orders requiring people to stay at home and shuttering thousands of businesses deemed "non-life-sustaining."

Wolf had since eased many of the restrictions the plaintiffs objected to in their lawsuit, but Stickman also ruled against the state's current size limits on indoor and outdoor gatherings.

Wolf accused Trump and Republicans who control the legislature of promoting conspiracy theories and spreading misinformation about the virus.

The governor's lawyers were preparing an appeal.

Trump took to Twitter to retweet news stories and commentary about the judge's ruling, while state House Republican leaders said the ruling offered hope to millions of unemployed Pennsylvania residents and "thousands of small business owners that have seen their livelihoods permanently ended" by Wolf's pandemic restrictions.

"Judge Stickman's opinion confirms what Pennsylvania Republicans have been saying all along: The Wolf administration's use of emergency authority is unconstitutionally overbroad," House Speaker Bryan Cutler, R-Lancaster, and House Majority Leader Kerry Benninghoff, R-Centre, said in a written statement.

On Tuesday, Wolf responded by saying he'd done what was necessary to try to mitigate the health effects of the virus, which has infected more than 145,000 people statewide. More than 7,800 people have died.

"Yesterday, Harrisburg Republicans celebrated while thousands upon thousands in our state continue to suffer and even more worry about what this virus could bring to them and their families this fall. The president could do nothing more than stare at his cellphone and send out tweets, share messages of hate, messages of division, messages of disinformation," Wolf said. "They're celebrating a court ruling while refusing to help anybody but themselves. We in Pennsylvania deserve much, much better than that."

The question from Eagles fans is: does the ruling, which overturned restrictions on the size of gatherings, change anything for them?

Philadelphia Mayor Jim Kenney says that while the city will deliver an update on the situation later this week. As of Tuesday, tailgating outside the stadium is still not permitted.

In fact, the mayor essentially said there's always next year, "We just need to keep each other safe and there will be other football seasons and hopefully we can all go back down and enjoy it again."
Report a correction or typo
Related topics:
politicspennsylvaniajudgecoronavirusgov. tom wolfpresident donald trumpcovid 19 pandemic
Copyright © 2020 by The Associated Press. All Rights Reserved.
RELATED 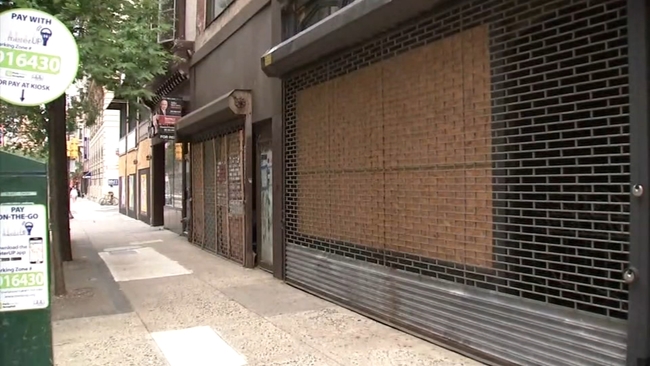