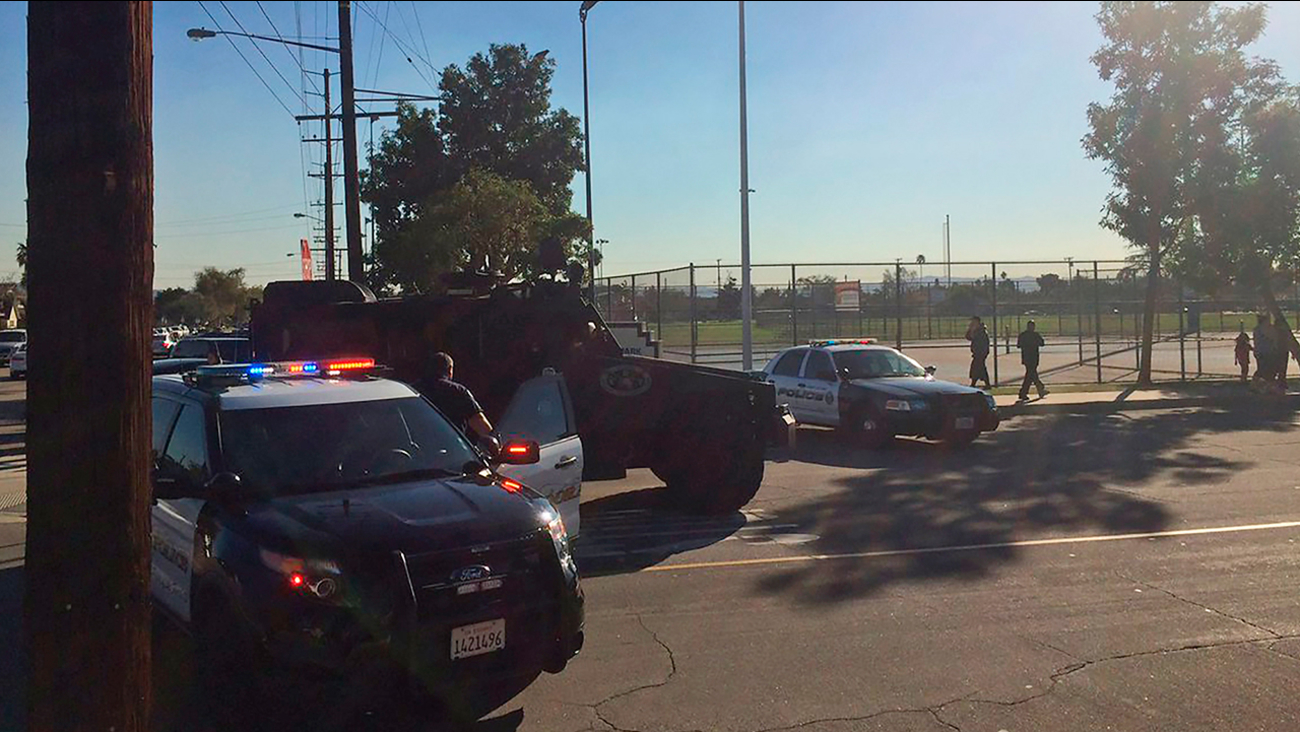 AP
AZUSA, Calif. -- Someone with an assault rifle killed one person and wounded two others Tuesday near two Los Angeles-area polling sites that were locked down as a result.

The suspect then began shooting at arriving officers who returned fire before they took cover near a park, Azusa police Chief Steve Hunt said.

One person was down at the front door of a home but Hunt couldn't immediately say whether that person was the shooter.

Police Officer Jerry Willison said the person was believed to be dead.

Elections officials say one of the polling sites later reopened. Voters were being urged to seek nearby polling places.

The motive of the shooting was unknown and it was unclear if it had anything to do with the election.

"It's still too early to tell," Hunt said. "It appears to be concentrated on the residential side, not the polling station."

No officers were hurt.

Hunt said police were looking for a female suspect. He did not know if she had been wounded or killed in the exchange of gunfire with police.

Witnesses described the shooter as a man and police could not immediately clear up the confusion.
Related topics:
active shootershootingu.s. & world
Copyright © 2022 by The Associated Press. All Rights Reserved.
TOP STORIES
AccuWeather Alert: Rain To Snow This Morning
Messy morning commute expected in Philly region ahead of snow
Police, SWAT called to multiple barricade incidents in Philly
School Closings
Find out which schools are closed in your district.
Check School Closings and Delays
Woman beaten to death with 2 pipes inside office building
Woman stuck in bathroom for days gets saved by neighbor
Show More
House on the move left on Jersey Shore street for the night
Suspect captured in killing of woman, 24, working at furniture store
Cardi B offers to pay for funerals of all 17 Bronx fire victims
Health department issues new COVID-19 guidance for Philly schools
Embiid ties career high with 50 points, 76ers beat Magic
More TOP STORIES News