Caught on Camera: Man sticks poor box under his coat and walks out of Holmesburg church 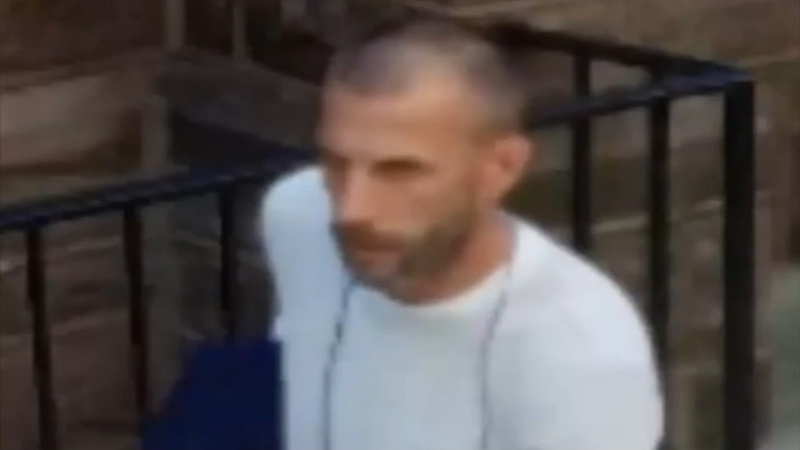 PHILADELPHIA (WPVI) -- Surveillance video from a church in the city's Holmesburg section shows sticking the congregation's poor box under his jacket and walking out the door.

It happened just before 4 p.m. on August 25 inside of St. Dominic's Church.

Police said the man entered the church located on the 8500 block of Frankford Avenue and attempted to take money from the poor box.

The video shows the man struggling with the box before pulling it from the wall, placing it under his jacket and walking out.

Some parishioners said they are having a hard time finding peace in the chapel after this.

"To steal from a poor box, in an already struggling parish, it's hard to imagine," said Joanne Issel, from Mayfair, who said she's grown up going to this church.

Police said they're astonished by how brazen this man was.

Father Edward Kearns, the pastor of the church, said the man may have only gotten away with around $6, but the box itself costs around $200.

He said if the man had just asked for money, he would have tried to help him out.

"It's discouraging, you hear someone comes into your place that is holy and sacred to all of us," said Father Kearns.

Father Kearns said he doesn't know if he's going to be able to replace the box anytime soon, but he is thinking about adjusting the chapel's hours to keep this door locked more often.

Father Kearns added they've experienced robberies in the past, but this has really shocked the congregation.