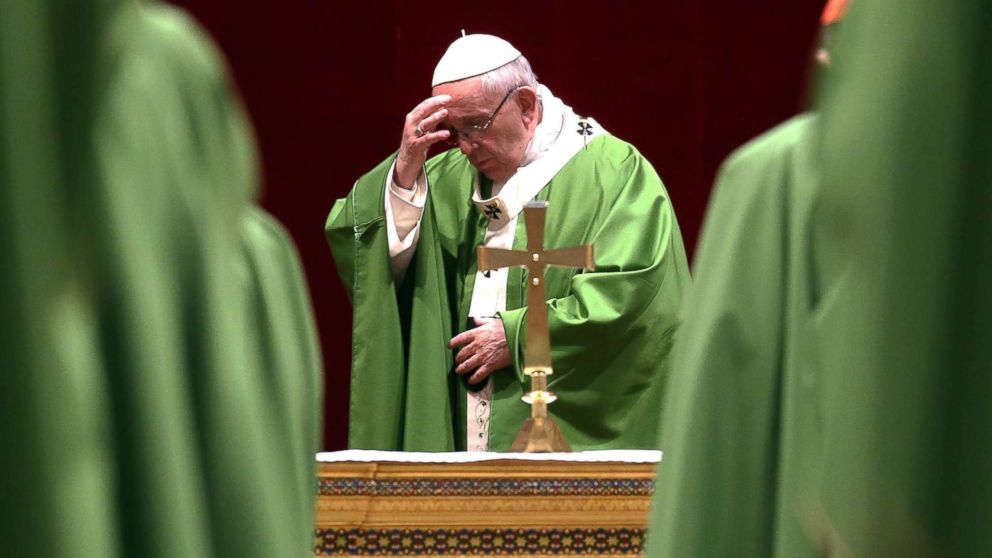 The Vatican's historic conference on sex abuse and the clergy closed Sunday with Pope Francis declaring "an all-out war against the abuse of minors."

But many survivors say they are disappointed the pontiff did not out outline any specific measures the church will now adopt to combat abuse.

"There's no concrete plan," said Virginia Saldanha, an activist from Mumbai, India. "It's like they just found out at this meeting that sexual abuse is prevalent in the church and that it was a sin and a crime."

Pope Francis acknowledged the righteousness of the anger survivors feel at priests guilty of sexual abuse and bishops who prioritized protecting their own over safeguarding their flocks.

"In people's justified anger, the church sees the reflection of the wrath of God, betrayed and insulted by these deceitful consecrated persons," he said.

The pope took to Twitter after the conference, too, call every abuse an "atrocity."

"It is our duty to listen attentively to this silent cry," he tweeted Sunday morning.

The conference brought together 190 bishops and cardinals from around the world to address an issue that has seriously undermined the church's moral authority. The church faces mounting pressure from law enforcement, too, after civil authorities in multiple jurisdictions have stepped in when the church has failed adequately to address the issue.

Most of the meeting took place behind closed doors, with the bishops participating in what Vatican officials described as a "catechism" on the issue.

Fr. Federico Lombardi, who moderated the four-day conference, told reporters the church will release several concrete initiatives in the coming days, including new canon laws, guidelines for local dioceses and a new handbook for bishops.

"This is a big ship to turn around," said Fr. Hans Zollner, a member of the Pontifical Commission on the Protection of Minors and one of the conference organizers.

Still, activist groups have made clear the reforms they want to see.

"Zero tolerance for priests who abuse children, a universal one-strike policy for bishops and religious superiors who enable sexual abuse, and the release of all files regarding priests who have been found guilty by the Vatican," said Anne Barret Doyle, co-director of Ending Clergy Abuse.

ABC News pressed Vatican officials on whether the concrete initiatives to be announced in the coming days will include those three items at a minimum.

Archbishop Charles Scicluna, one of the Vatican's top officials on the sex abuse issue, vowed that they would.