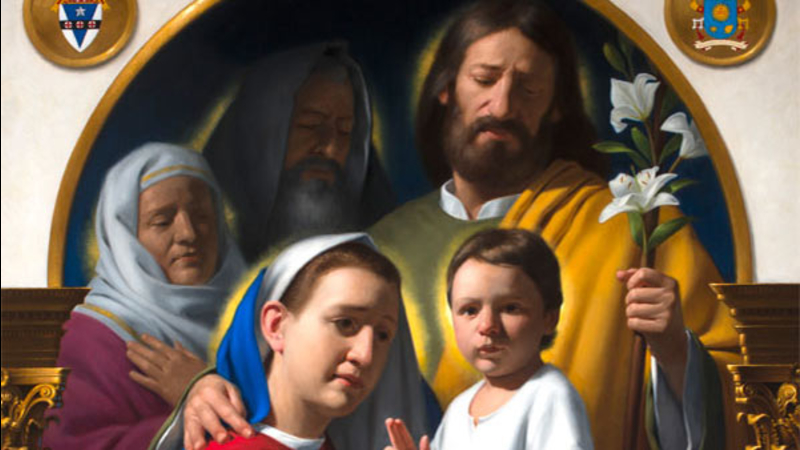 KENNETT SQUARE, Pa. (WPVI) -- Art has always been central to the Catholic Church, and so it will be when the World Meeting of Families and Pope Francis come to Philadelphia next month.

It will also be quite a moment for a local artist Neilson Carlin.

The official unveiling of his latest painting was enough to send his heart pounding.

"I assume it's like when someone's on-stage and they finish a song and then they're waiting for that second either before the applause comes or it doesn't," he said.

But that applause certainly came for what has been named as the iconic image for the upcoming event. 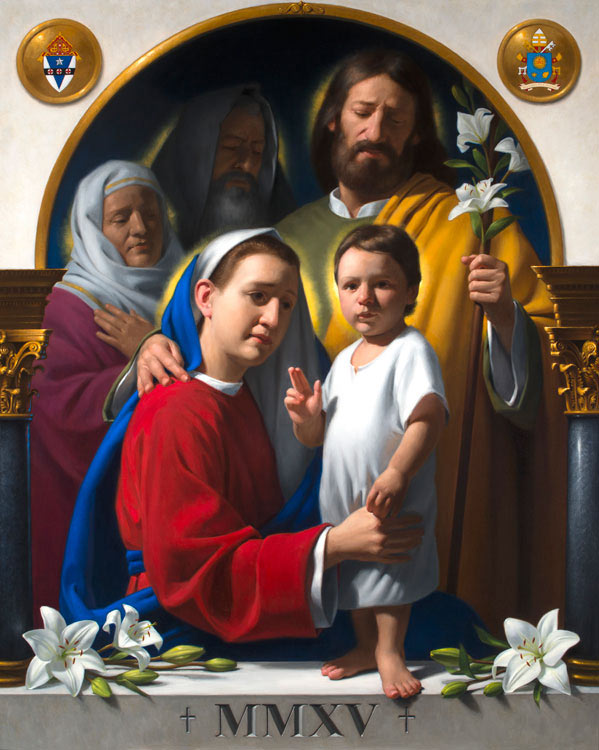 Carlin, who hails from Kennett Square, has been commissioned many times in the past to create artwork for Catholic churches across the country. But when he got the call regarding this project, he knew it had to be a true original - and officials from the Archdiocese of Philadelphia say they couldn't be happier.

"It's really the first painting of its kind with the holy family extending into the grandparents which has been the Holy Father's message all along," said Lizanne Magarity-Pando, marketing director for the World Meeting of Families.

Those grandparents being Mary's mother and father, St. Anne and St. Joachim on the left. Then, of course, you have Mary and Joseph with Jesus Christ as a toddler at the center.

It represents not only the Christian savior as the center of the family, but also of the church itself.

"From a design standpoint I wanted to make sure that the first thing you looked at, hopefully, is the figure of Christ and then hopefully that's the last thing you see before you look away," Carlin said.

The Baroque-style painting is also loaded with exquisite details, including elements from within the Cathedral Basilica of Saints Peter and Paul, where it will hang when the conference comes to Philadelphia next month.

Carlin says he has created a lot of paintings over the course of his career, but this one, for him, was truly a labor of love. It's one he hopes will serve as an inspiration to anyone who sees it.

"It's quite an honor. I mean, obviously the work I do now is mostly at the parish level, but this piece is going to be seen on the world stage," he said.