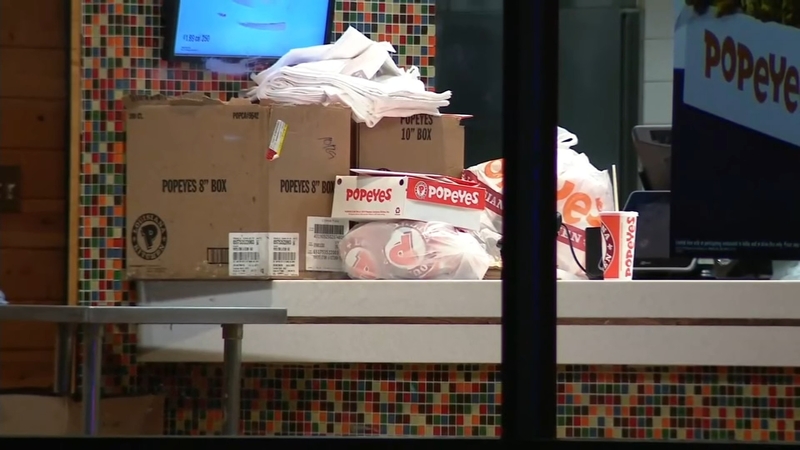 OXON HILL, Maryland -- A man fatally stabbed another customer outside of a Maryland Popeyes restaurant in a fight over the recently rereleased chicken sandwich, police say.

The two men were waiting in line at an Oxon Hill Popeyes on Monday night when one of the men accused the other of cutting in front of him in a line specifically for ordering chicken sandwiches, Prince George's County police spokeswoman Jennifer Donelan told news outlets. The fight then spilled outside where one of the men stabbed the other, according to police.

Police in Maryland provide update on fatal stabbing at Popeyes on November 4, 2019.

The 28-year-old victim was from the Washington area, police say. He was taken to a hospital, where he died less than an hour later.

Police are still looking for the suspect and have called on him to surrender, Donelan added.

The victim and the suspect's identities haven't been released.