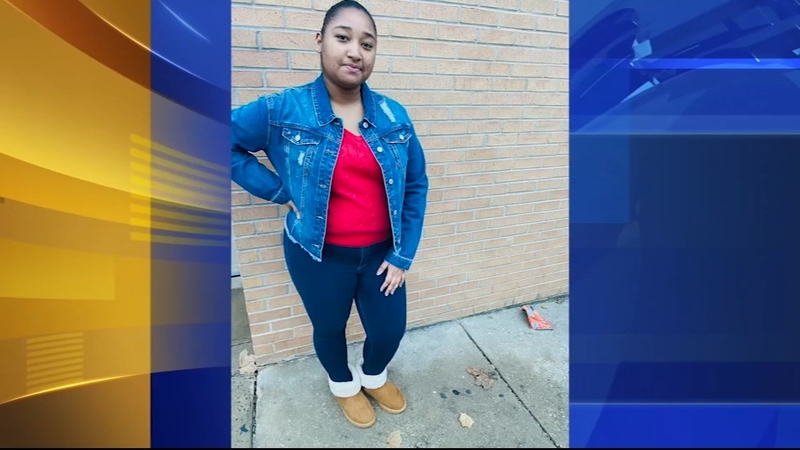 PHILADELPHIA (WPVI) -- Daysha Dutary, 17, was inside her home wrapping up her weekend with family when the unthinkable occurred.

"I was preparing the food and we heard the shots," said Marinas Soler, Dutary's mother. "She was sitting at the kitchen table near the window. So, she got up to run towards the living room. That's when I believe the bullet came through the window and hit her in the back."

Soler spoke from her daughter's hospital room at Saint Christopher's Hospital for Children where she's been since Sunday afternoon.

Police said a 25-year-old man was also shot on the 2100 block of East Birch Street in Port Richmond. He was rushed to the hospital in stable condition.

RELATED: Teen girl shot in back while sitting inside Port Richmond home

The family said he was not part of their gathering.

While grateful no others inside the home were hurt, the family said news at the hospital wasn't all good.

"She got the bullet under her arm and in between the artery and a nerve. She can't feel with the right arm," Soler said.

Soler said the situation is so serious, doctors may not be able to immediately remove the bullet over fears of causing more damage.

The family, which has lived on the block for more than two decades, said they don't believe they were targeted.

"I believe it's just street-related and it just happened to hit our house, hit my little sister," said Dutary's brother Luis.

The family said they've seen a surge of support and they expect Daysha to be home soon.

Police have made one arrest in the case, but no other details were made available.