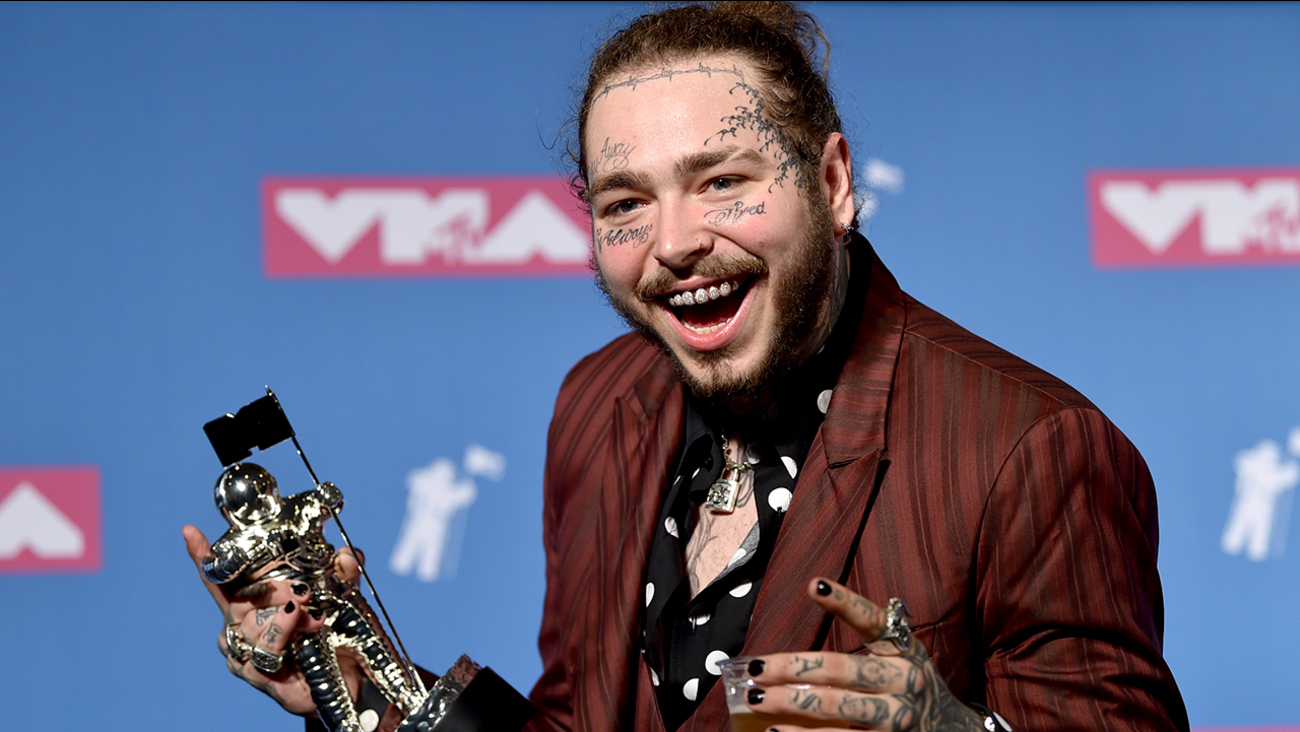 Post Malone poses with the award for song of the year for "Rockstar" in the press room at the MTV Video Music Awards at Radio City Music Hall on Monday, Aug. 20, 2018, in New York. (Photo by Evan Agostini/Invision/AP)

No one was injured in the collision, which was reported about 2:42 a.m. at the intersection of Doheny Drive and Santa Monica Boulevard, according to a spokesperson for the Beverly Hills Police Department.

After the initial impact occurred, a white Rolls Royce continued on and struck a fence and some shrubs in Beverly Hills proper, authorities said.

The police spokesperson said alcohol was not a factor in the incident. 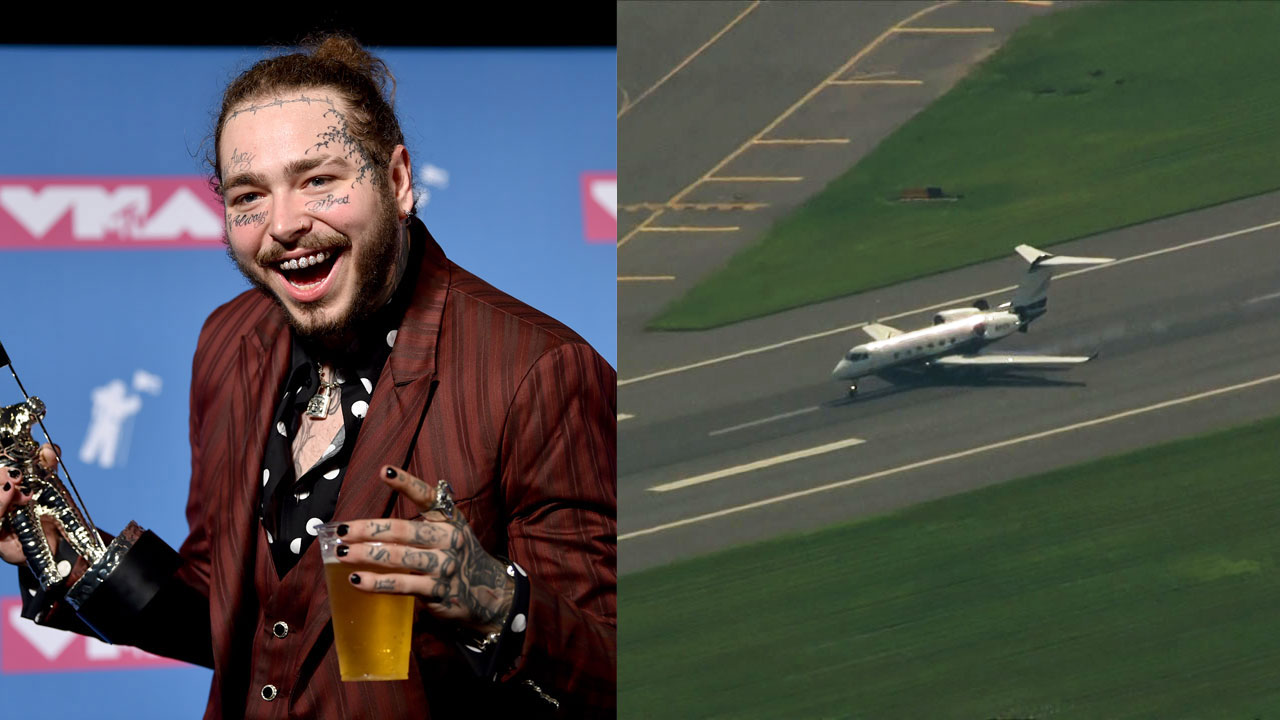