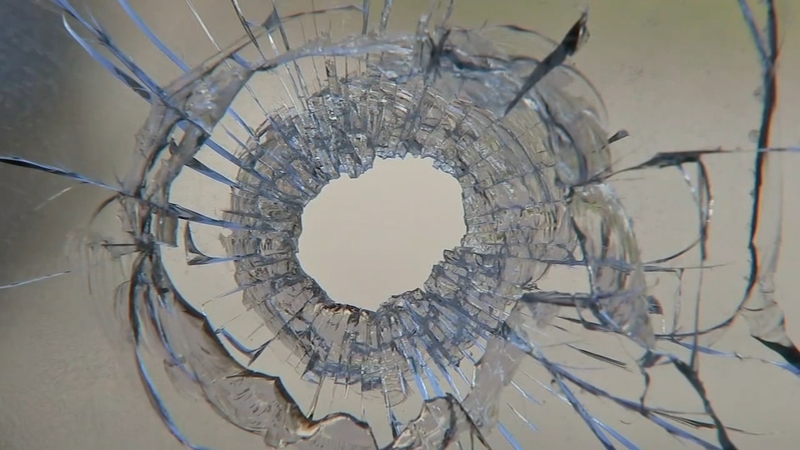 POTTSTOWN, Pa. (WPVI) -- It was Sunday evening when members of the Samba family say someone opened fire on their home.

Marie Samba says her 13-year-old daughter, Jasmine, was outdoors a bit earlier and got into an argument with other 8th graders she attends class with at Pottstown Middle School.

The family moved to Pottstown from Philadelphia last Summer.

Still, Jasmine has been having trouble with certain classmates for months.

She says, "At first, I was doing fine until they started calling all kinds of names and when they see me that they was going to put me in a bodybag."

Then, the Samba family says, a short time after the argument, a hail of gunfire began ripping through the side of the house.

Mrs. Samba says, "I looked up and something went past my head. I take my 5-year-old and I smashed her down. Looked this way, I seen them on the floor and in my head I'm like, 'They are really shooting!'"

Mrs. Samba's husband and all five of her children were home at the time.

Amazingly, no one was injured despite the fact that the house was hit with between 10 and 20 bullets.

Both the Pottstown Police Department and the local school district are investigating the case but, as of tonight, no arrests have been made. Police are working to confirm that the reported bullying is connected to the shooting.

Meanwhile, Jasmine says despite all the hard feelings, she is stunned it came down to this.

She says, "I wasn't expecting it but then I really did because they kept telling me in school and on Instagram that they were going to have me dead."