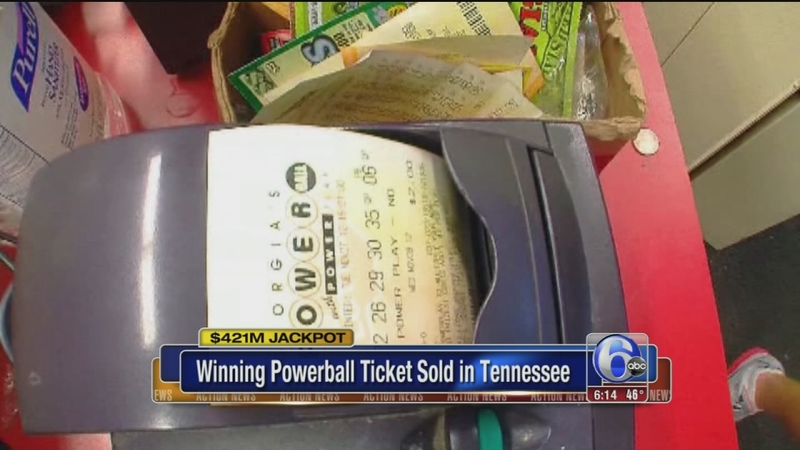 The draw for Saturday's $421 million Powerball jackpot has a winner, and their ticket was bought in Tennessee, according to lottery officials.

"And it's Tennessee again! For the sixth time, a Tennessee Lottery player has won a Powerball jackpot-this time it's a $420.9 million grand prize for a very lucky person who purchased a ticket in Lafayette (Macon County)," the Tennessee Lottery said in a statement released early Sunday morning.

The holder of the winning ticket has not publicly come forward yet.

According to the statement, the ticket is the 200th sold by the Tennessee Lottery worth $1 million or more.

It is also the second-largest overall prize for the Tennessee Lottery. The first was the $528.8 million Powerball prize won by a family in January 2016, who split the $1.58 billion world-record jackpot with winners in two other states.