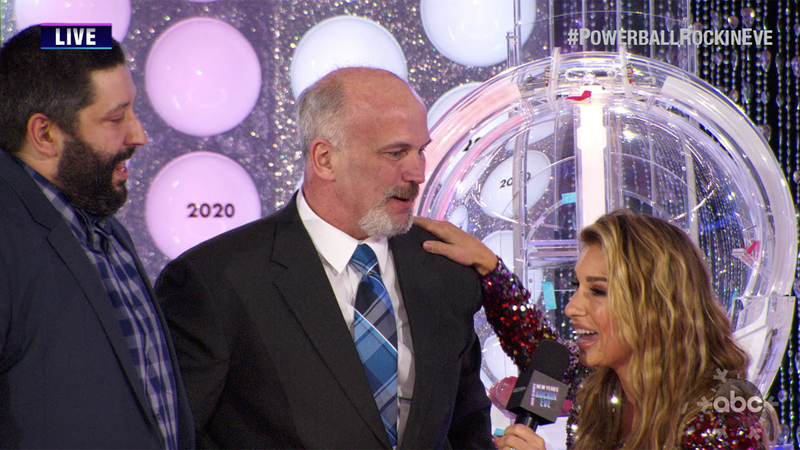 Blaine Marston from Maine took home $1 million after a drawing seen by millions on live television.

More than 300 people from across the country got the opportunity to fly to New York City to witness the much-anticipated jackpot drawing in person.

It took place just after midnight at the Edison Ballroom in New York's Theater District.

The event followed a special drawing Sunday night which named the five finalists eligible to win the big prize.

5 finalists were revealed on Sunday for the 'First Powerball Millionaire of 2020' drawing during 'Dick Clark's New Year's Rockin' Eve with Ryan Seacrest.'

The contestants came from all over the country where Powerball is played, including Indiana, New York, North Carolina, Pennsylvania, Wisconsin, and Virginia.

Meet the five finalists that could be Powerball's first millionaire of 2020.

This year marked the 48th anniversary of "Dick Clark's Rockin' New Year's Eve," which has been billed as America's biggest celebration of the year, including more than five hours of special performances and reports on New Year's celebrations from around the globe.

Ryan Seacrest hosted the prime time festivities on ABC for his 15th year and led the traditional countdown to midnight from Times Square in New York City.