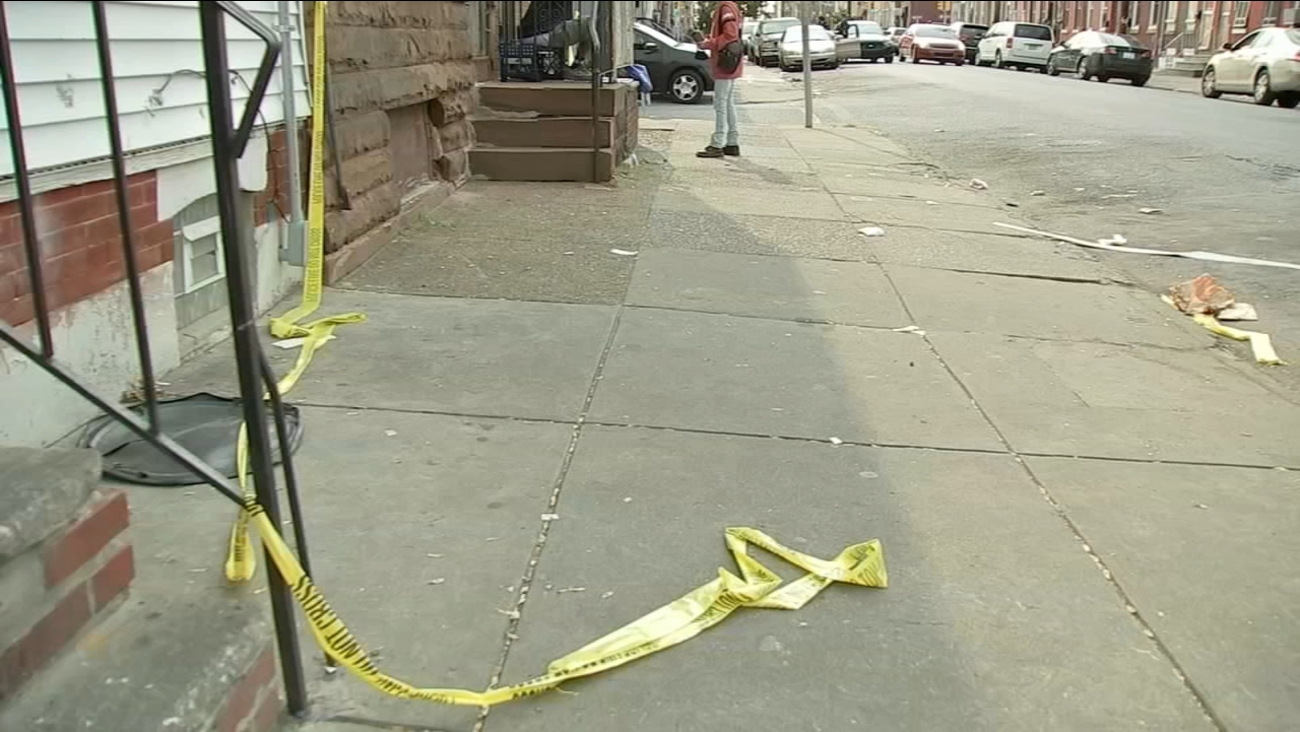 A pregnant woman is in critical condition after she was shot in the Port Richmond section of Philadelphia late Tuesday.

PHILADELPHIA (WPVI) -- A 28-year-old woman is in critical condition after she was shot at least once on Tuesday night in Philadelphia's Port Richmond section.

Surveillance video of the crime shows two men aiming at the woman and her companion as they walked down the 1900 block of East Somerset at about 10 p.m.

The victim falls to the sidewalk, struggling to stand as her companion tries to help her. The shooters then return and fire at least five more shots. The victim was hit in the neck and chest, police said.

"She was unresponsive when police found her. And she never gained consciousness when she arrived at the hospital," said Chief Inspector Scott Small, of the Philadelphia Police Department.

Police patrolling near the 1900 block of East Somerset were close enough to hear the shots and see the suspects.

"They saw a vehicle fleeing from the scene and they followed that vehicle and pulled it over," said Small.

Two men were inside the car. The person who was with the woman identified at least one of the men as the shooter.

Police also found two guns, one in the backseat of the car that was pulled over and one in a bag that had been dropped at the crime scene.

Police have two men in custody and the victim was listed in critical condition at Temple University Hospital.