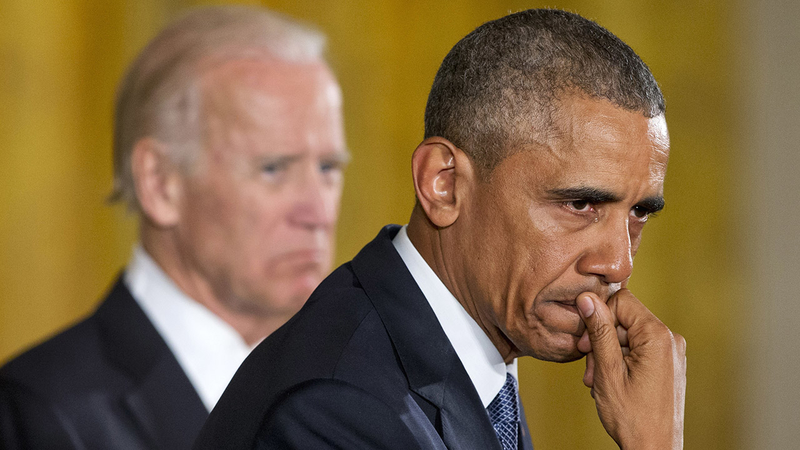 President Barack Obama paused to wipe away tears as he discussed the victims of 2012 Newtown shooting during a Tuesday morning press conference on his new executive actions aimed at curbing gun violence.

"From every family who never imagined that their loved one would be taken from our lives by a bullet from a gun..." the president said before resting his chin on his hand on the podium in the East Room of the White House. "Every time I think of those kids, it gets me mad. And by the way, it happens on the streets of Chicago every day."

Parents of some of the 20 first-graders killed at Sandy Hook Elementary School were present at the ceremony. The president was introduced by Mark Barden, whose son was killed in the Newtown shooting. Barden is the founder of Sandy Hook Promise, a group focused on preventing gun-related deaths.

Former Rep. Gabrielle Giffords, who was shot in the head at a political event in Arizona on Jan. 8, 2011, was also in attendance, as were relatives of victims from the June 2015 Charleston, S.C., church shooting.