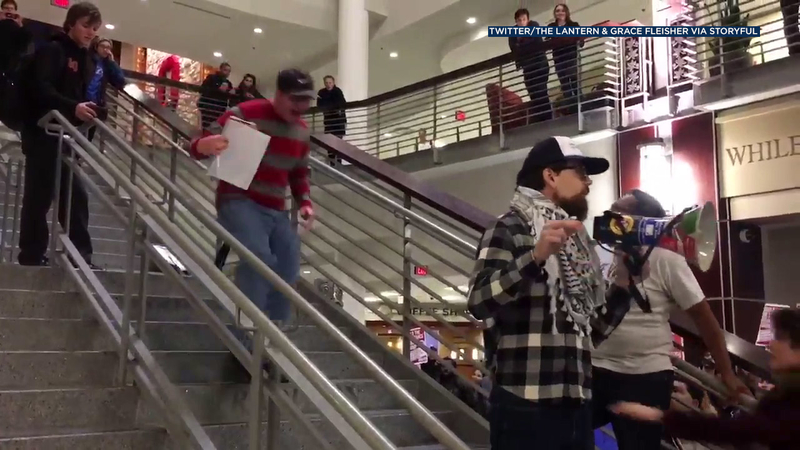 COLUMBUS, Ohio -- An anti-Donald Trump protester was tackled from behind and sent tumbling down a flight of stairs during a rally at Ohio State University on Monday.

Video captured by The Lantern showed the man being hit from behind inside the Ohio Union in Columbus, Ohio.

The protesters, using a bullhorn, said to the large crowd, "We don't have to compromise."

At the same time, a man in a scarlet and gray long-sleeved shirt with a baseball hat was seen sprinting down the stairs and shouting, "You idiot!"

Video showed the man smashing into the back of the protester, sending to protester falling down the stairs and onto the ground as the crowd gasped.

A man in a Guy Fawkes mask was seen jumping forward from the crowd to hit the attacker as police officers moved in to take the tackler away.