They stood between the cycling and driving lanes to represent where protective barriers would go.

The morning protest is in response to the death of a cyclist last month at 11th and Spruce streets.

Twenty-four-year-old Emily Fredericks was on her bike when she was hit by a private sanitation truck. The driver stopped at the scene.

The Bicycle Coalition of Greater Philadelphia (BCGP) says Fredericks is the third bicyclist killed in the city this year.
------
Send a breaking news alert to Action News 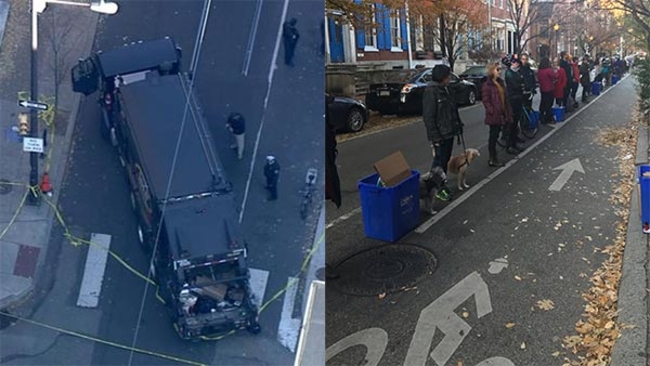