Puppy playing with lighter sets fire to apartment in Australia 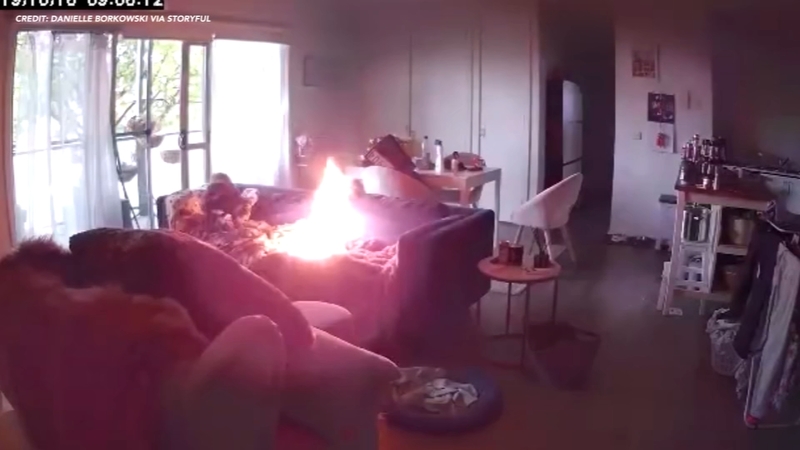 MELBOURNE, Australia (WPVI) -- A 10-month-old puppy named Archie accidentally sent his owner's apartment up in flames after getting his paws on a lighter, according to Storyful.

It happened on October 16 at an apartment in Melbourne, Australia.

Video captures the dog--a Boston terrier and French bulldog mix--jump up onto the couch and begins playing with a lighter. Within minutes, the fire ignites part of the couch.

The owner says the fire caused roughly $40,000 in damages.

Luckily no injuries were reported.