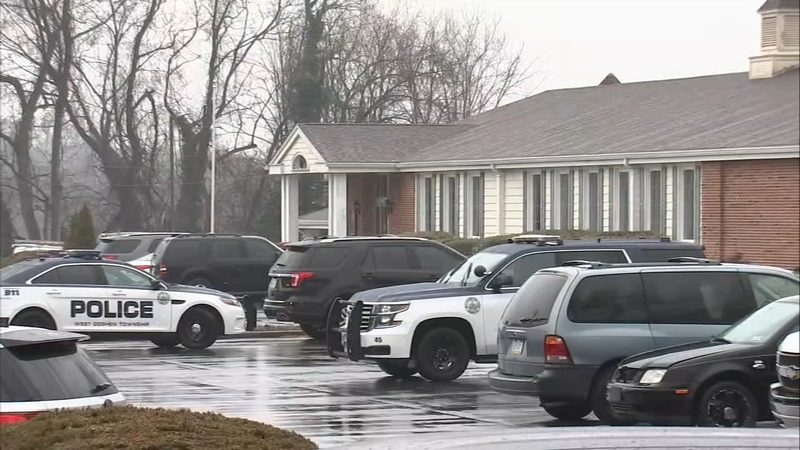 WEST GOSHEN, Pennsylvania (WPVI) -- A murder suspect who barricaded himself inside a room at a hotel in Chester County surrendered on Tuesday night.

According to authorities, crews responded to the Quality Inn located on the 900 block of South High Street in West Goshen Township around 1 p.m.

According to police, Matthew J. Moser, 31, was wanted for allegedly killing his girlfriend, Kristin Graham, over the weekend in Lancaster County.

New video from today’s standoff that ended with a murder suspect in custody. The standoff lasted hours. The viewer who took this believes PSP swat officers were shooting tear gas into the motel room the suspect refused to leave in West Goshen @6abc pic.twitter.com/qS80m4usoI

Moser barricaded himself inside the hotel room until 7 p.m. It's unclear if he suffered any injuries.

"The Pennsylvania State Police engaged in a thorough and successful investigation. They were able to diffuse a life-threatening situation where dozens of people could have been hurt," said District Attorney Deb Ryan.

Authorities were called to a home in Caernarvon Township on Monday to conduct a welfare check and found Graham dead in a bedroom.

According to police, officers obtained information indicating Moser's involvement in Graham's death and learned Moser had been living at the Twin County Road home and the Quality Inn in Chester County.

Moser is currently at a Chester County hospital under police guard and is expected to be released into police custody, authorities said. He will then be taken to Lancaster County where he will be arraigned by a district judge, police said.