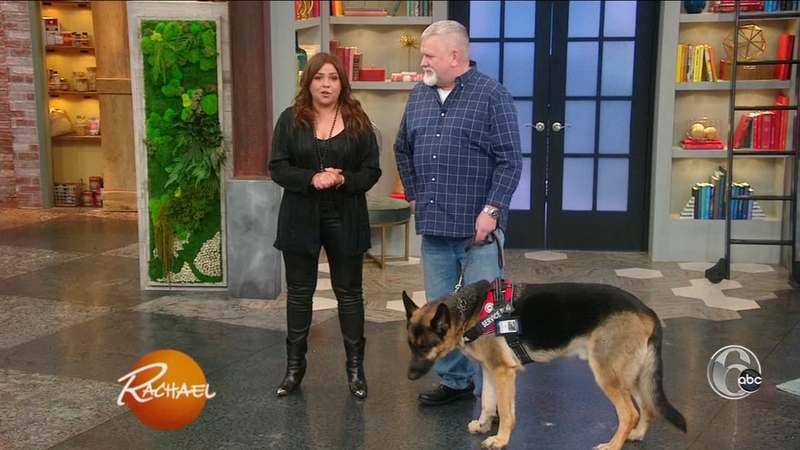 GLASSBORO, N.J. (WPVI) -- An Army Veteran from Glassboro, New Jersey, who now helps other veterans in need, received a big surprise on the "Rachael Ray" show.

He thought he was going on "Rachael Ray" to talk about the organization, but instead, Rachael set up a surprise reunion with five of the veterans and service dogs he helped match.

The emotional surprise continued when she announced a $7,000 donation to help him build a new facility to train the dogs.