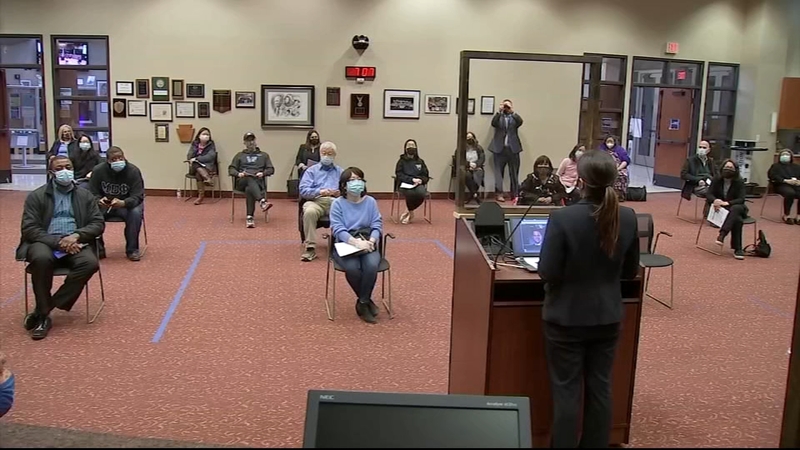 RADNOR, Pennsylvania (WPVI) -- Just hours after the U.S. Senate overwhelmingly passed a bill aimed at combatting the rise in anti-Asian hate crimes, residents in Radnor, Pennsylvania met with authorities Thursday night for an open dialogue on the topic.

"Each of us has a responsibility to denounce such hate," Pennsylvania Attorney General Josh Shapiro said during the meeting.

He addressed the audience through Zoom to assure everyone that combatting hate crimes against Asians and Pacific Islanders are among his top priorities.

"Making sure that we will prosecute anyone for a hate crime, anyone who attacks members of our AAPI community," said Shapiro.

The Senate on Thursday passed a bill that would help combat the rise of hate crimes against Asian Americans and Pacific Islanders.

Sponsored by Sen. Mazie Hirono, D-Hawaii, the legislation takes relatively modest steps to equip law enforcement and communities to better deal with the rise in attacks against Asian American and Pacific Islanders. It also requires the Department of Justice to appoint or designate someone to assist with an expedited review of hate crimes.

The bill now heads to the House, where House Majority Leader Steny Hoyer told ABC News he anticipates it will move expeditiously.

"I want to make sure that the Asian voices are heard because it has not been heard for very long at all," said resident Ed Liu of Radnor.

"We see an increase of crimes against the elderly and I just feel like I have elderly loved ones and I just want to make sure that they are protected," said resident Michelle Tran of Lower Merion.

Radnor police say they have had reports of inappropriate comments and other incidents since the pandemic broke last year.

"We have one formal investigation going on in Radnor where somebody was alleging something may be a hate crime and we are currently working through that call right now, making sure we have all the information," said Radnor Police Superintendent Chris Flanagan.

"We haven't seen probably as much of that here in Delaware County as we have seen in other parts of the country, but we are on guard," said Delaware County District Attorney Jack Stollsteimer.

Stollsteimer does say they are currently prosecuting one case of ethnic intimidation against an Asian American that happened last year in Upper Darby.