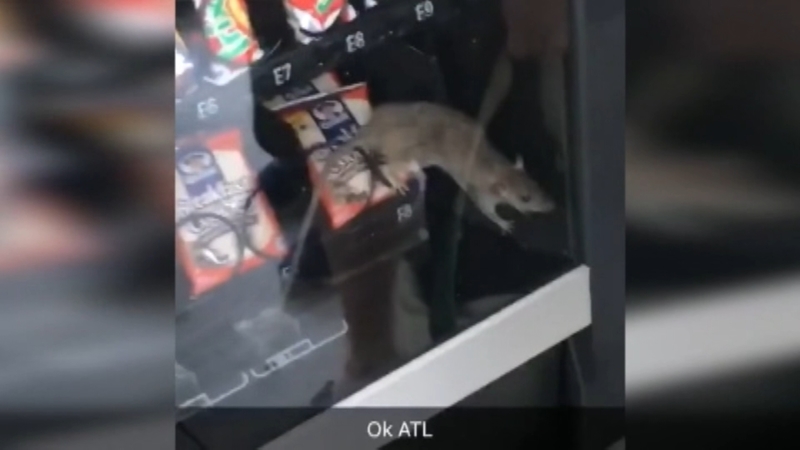 DELRAY BEACH, Florida -- One thing you don't want to see in a vending machine is a rat, but that's exactly what some high schoolers saw.

In the video you can see the hungry rat climbing through the machine and coming in contact with packaged snacks.

The video is now making the rounds on social media, causing students to scream and parents to cringe.

"I was about to buy a Gatorade out the vending machine, so I looked next to it and it's the snack machine and it's a rat just like going through it, like eating stuff and stuff," Swint said.

The school district says the principal was immediately made aware and the vending machine was locked so students couldn't use it.

An exterminator was also called.