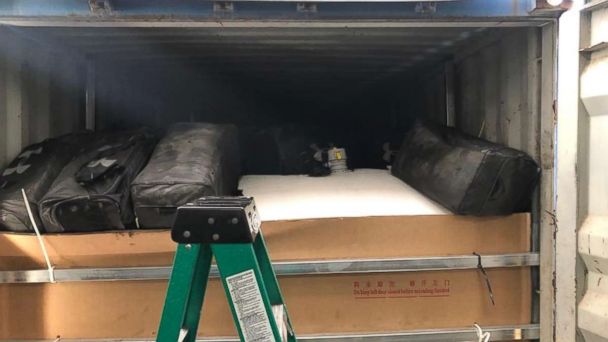 ABCNews
By AARON KATERSKY
Authorities seized at least 450 kilograms of cocaine at the Port of Philadelphia on Tuesday morning, according to a source familiar with the massive drug bust.

Bricks of the white powdery substance were stuffed in duffel bags found in a shipping container aboard the MSC Desiree, which was traveling from Colombia to Europe, the source told ABC News.

Federal and local authorities inspected the container after noticing the bolts on the door had been tampered with, the source said.

The total amount of cocaine, approximately 992 pounds, has a street value of about $18 million, and is the most ever seized in Philadelphia, according to the source.

Last week, authorities confiscated 3,200 pounds of cocaine, with a street value of $77 million, that had been hidden behind boxes of dried fruit aboard a cargo ship at the Port of New York and New Jersey. It was the largest coke bust at the port in a quarter century.